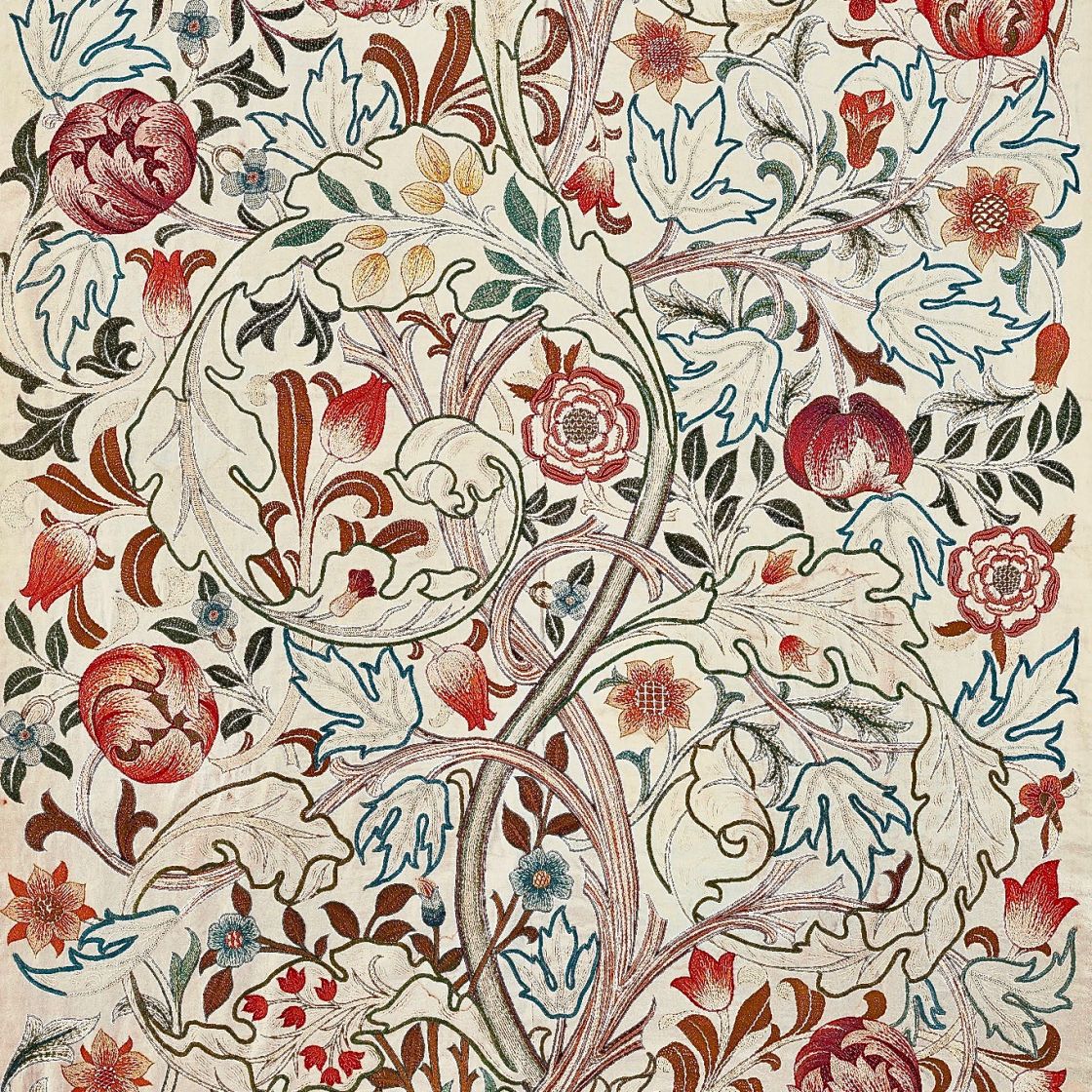 William Morris (1834–1896) was a tireless and prolific designer and producer of textiles, tapestries, stained glass, furniture and more. Inspired by nature, historic interiors and by the decorative arts of the Middle East, he reinterpreted the flowers of the English countryside to produce a decorative vocabulary that transformed British design in the late-nineteenth century. His early textiles were initially more likely to be worked in wool rather than silk, although his later embroideries used naturally-dyed silk threads on linen and were widely admired for their elegance. As an advisor to the forerunner of the Victoria and Albert Museum in South Kensington, he played a significant role in promoting handcraft, good design and ‘authenticity’ in art – qualities he saw as the antithesis of the increasing industrialisation and commercialisation of the production of domestic textile furnishings.

DR SUSAN SCOLLAY is an independent art historian specialising in Islamic art and culture and in historic textiles. She is a contributing editor to HALI, the prestigious London-based journal of carpet, textile and Islamic art, is a fellow of the Royal Asiatic Society of Great Britain, and an honorary fellow in art history and curatorship at the University of Melbourne.

Susan has lectured at The Johnston Collection since 2008 and in 2010 was guest curator of FLUID BORDERS: Ways of Seeing Oriental Rugs. FABRICATING THE WORLD | A Survey of the Global History of Textiles continues a series of lectures especially convened by Susan Scollay for TJC.

detail of embroidered hanging with William Morris ‘Acanthus’ design, circa 1890. Silk embroidery on linen collection of the Art Gallery of South Australia