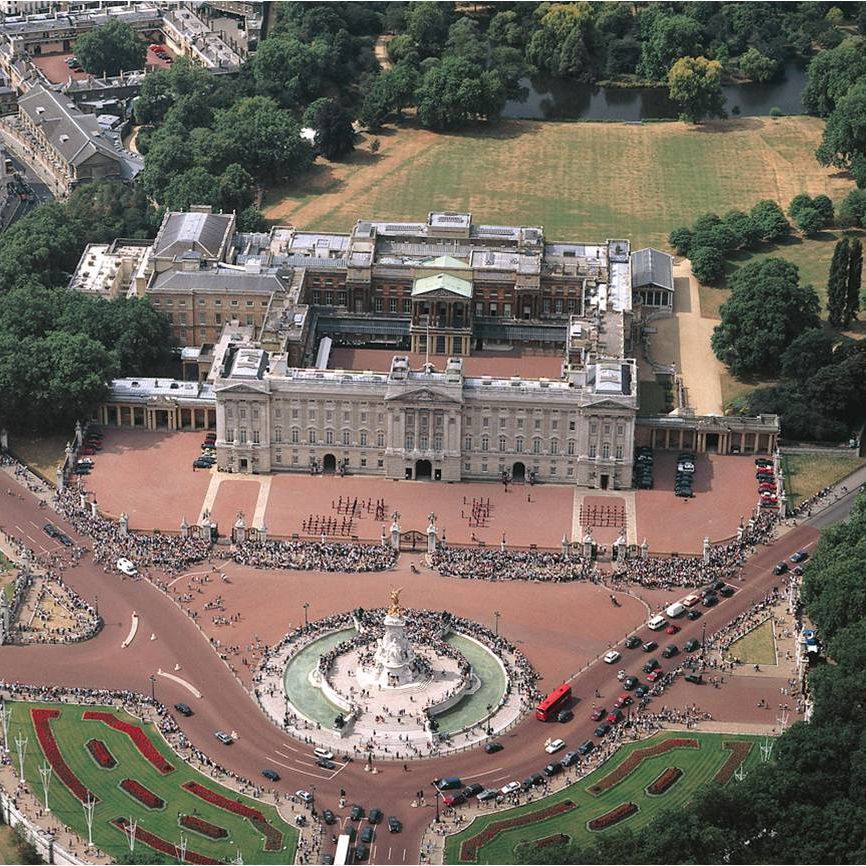 How the building developed from a modest Georgian house to the present Palace; from King George III's purchase of a family home in 1762 to the creation of a stunning palace by King George IV and John Nash in the 1820s; to the royal residence used by Queen Victoria and monarchs ever since as the centre of British Court life and the glittering setting for thousands of official functions and State visits.

The Palace also contains hundreds of art treasures from the Royal Collection, including world famous paintings, furniture, sculpture, porcelain, clocks and other objects.

Buckingham Palace, aerial view with the Queen Victoria Memorial in the foreground; the East Front; the internal quadrangle and Grand Entrance; and the garden behind