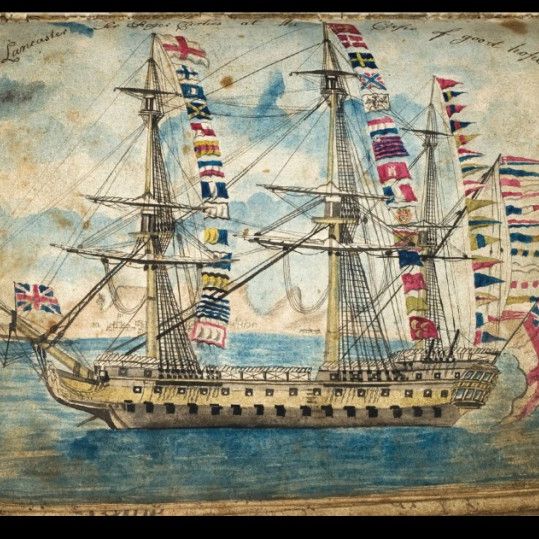 "WITH SHIPS & SAILORS, She Felt Herself At Home" with Lise Rodgers

With two brothers serving in the British Navy, Jane Austen wrote comfortably and with confidence, as she introduced into her novel Mansfield Park images of ports, docks, sloops and frigates, Admirals, Captains, Midshipmen and Lieutenants.

As always, she only wrote about what she knew and in doing so, both her letters and the novel afford us great insight into the world of the sailor and the families who waited for them at home.

LISE RODGERS is an accomplished Melbourne actress whose career has spanned stage, screen and radio. An interest in the world and characters of Jane Austen is the inspiration behind her series of Jane performances.

detail from George Hodge his Book Consisting of Difrint ports & ships that I have sailed in since the year 1790. Aged 13 years