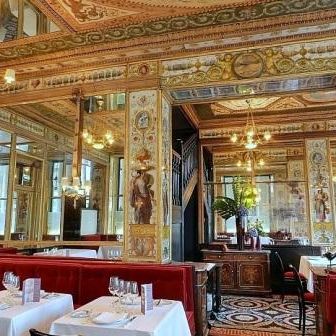 THE REVOLUTION, ROUSSEAU AND THE RESTAURANT | The invention of the restaurant in Ancien Regime Paris with Sylvia Sagona

The restaurant as we know it today was developed at the end of the Ancien Regime, ironically, for those who considered themselves too sensitive to digest normal food and could only drink a “restoring” broth.

When the Revolution of 1789 drove aristocrats into exile, their chefs survived by opening up eating houses where this delicate elite could exhibit its superiority in the theatre of public dining. By the end of the 19th century Paris was filled with every type of dining experience from bistrot to brasserie where art, literature, politics, espionage and prostitution thrived.