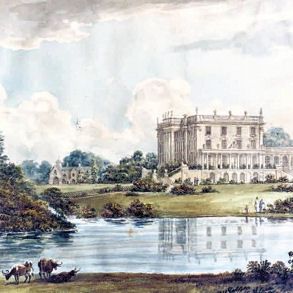 ‘The Great Houses Jane Austen never lived in’ is an illustrated tour of Chatsworth (often thought to be the model for Pemberley), Chawton Great House, which her brother Edward inherited, and Stoneleigh Abbey, also inherited by a relative, as well as Kedleston Hall in Derbyshire and Knole Abbey in Kent.

JOHN WILTSHIRE is Emeritus Professor at La Trobe University. He is the author of numerous books about Jane Austen, and has edited Mansfield Park for the authoritative Cambridge edition. His most recent publications are The Cinematic Jane Austen (2009) and The Making of Dr Johnson (2009) and Hidden Jane Austen (2015). He is currently preparing a work on Frances Burney and medical experience. John has been a regular lecturer at The Johnston Collection since 2008.