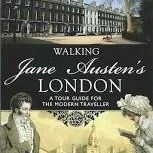 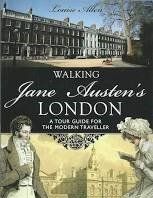 The London of Jane Austen's world and imagination comes to life in this themed guidebook of nine walking tours from well-known landmarks to hidden treasures--each evoking the time and culture of Regency England which so influenced Austen's wise perspective and astute insight in novels such as Pride and Prejudice. Extensively illustrated with full-color photographs and maps these walks will delight tourists and armchair travelers as they discover eighteenth-century chop houses, elegant squares, sinister prisons, bustling city streets and exclusive gentlemen's clubs among innumerable other Austen-esque delights. During Jane Austen's time, 1775 - 1817, London was a flourishing city with fine streets, fashionable squares and a thriving port which brought in good from around the globe. Much of this London still remains, the great buildings, elegant streets, parks, but much has changed. This tour allows the reader to take it all in, noting what Jane may have experienced while citing modern improvements such as street lighting and privies! Softcover.