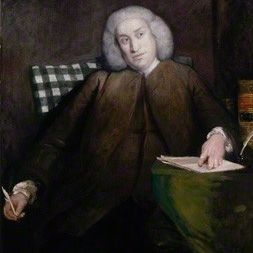 ‘Almost the only man whom I call a friend,’ Dr Johnson called Joshua Reynolds. The two men couldn’t be more ill-matched – Reynolds was affable, smooth, and socially and financially successful, Johnson was curmudgeonly, abrasive and poor. This talk will tell their story through the many portraits that Reynolds made of his famous friend.

JOHN WILTSHIRE is Adjunct Professor at La Trobe University. He is the author of four books about Jane Austen, and has edited Mansfield Park for the authoritative Cambridge edition. His most recent publications are The Cinematic Jane Austen (2009) and The Making of Dr Johnson (2009). Hidden Jane Austen was published in May 2014.