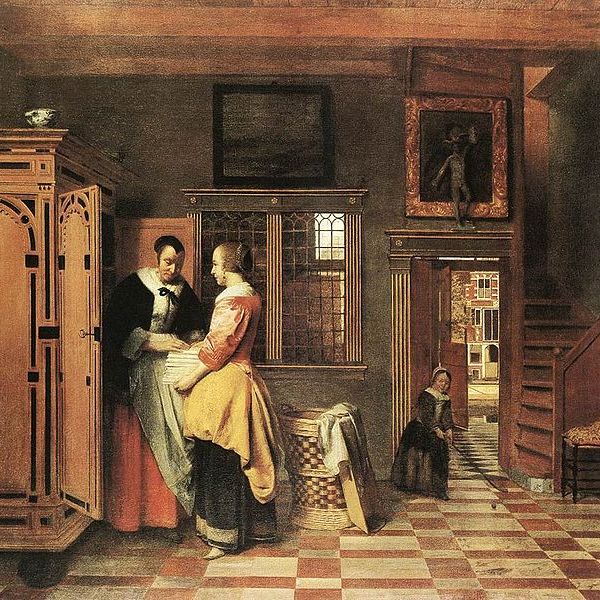 Before photography, artists provided meticulous renderings of the spaces in which human lives were conducted, either in reality or in imagination. Looking at such depictions, from Roman villas to 19th century cottages, will give us insights into interiors which no longer exist, and into the surroundings which shaped and were shaped by the inhabitants.

SOPHIA ERREY is an artist, art educator and writer. She is particularly interested in material culture. Sophia has been a regular lecturer at The Johnston Collection since 2015 on topics related to art, collecting and textiles.