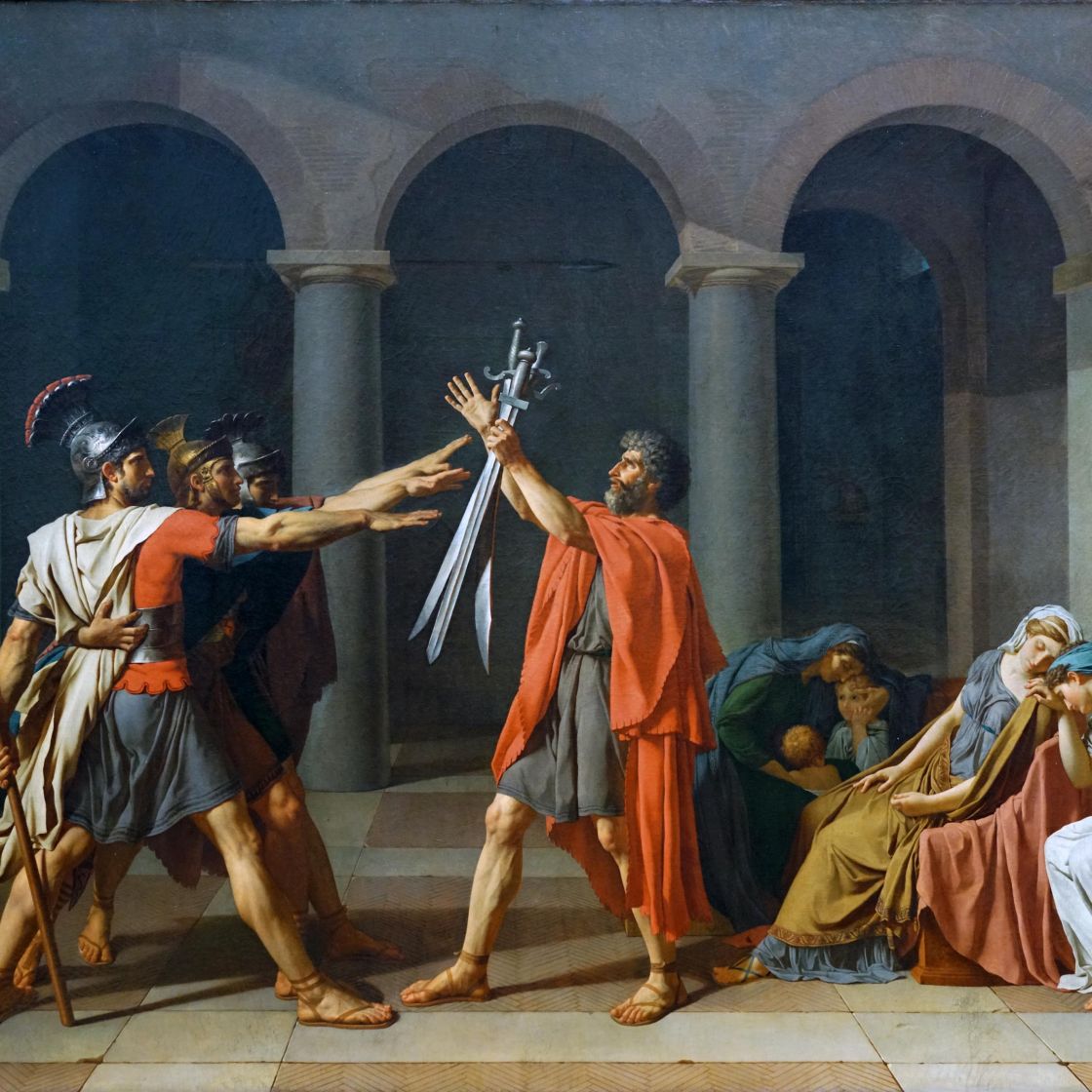 The French Revolution of 1789 overthrew not just the church and aristocracy but also all traditional ideas of time, place and measurement.  The new citizens used imagery from the Roman Republic to encapsulate their new civic rights and responsibilities. However, it would be the rising star of the Republican army, Napoleon Bonaparte who would seize the day with a new type of personal propaganda painting.