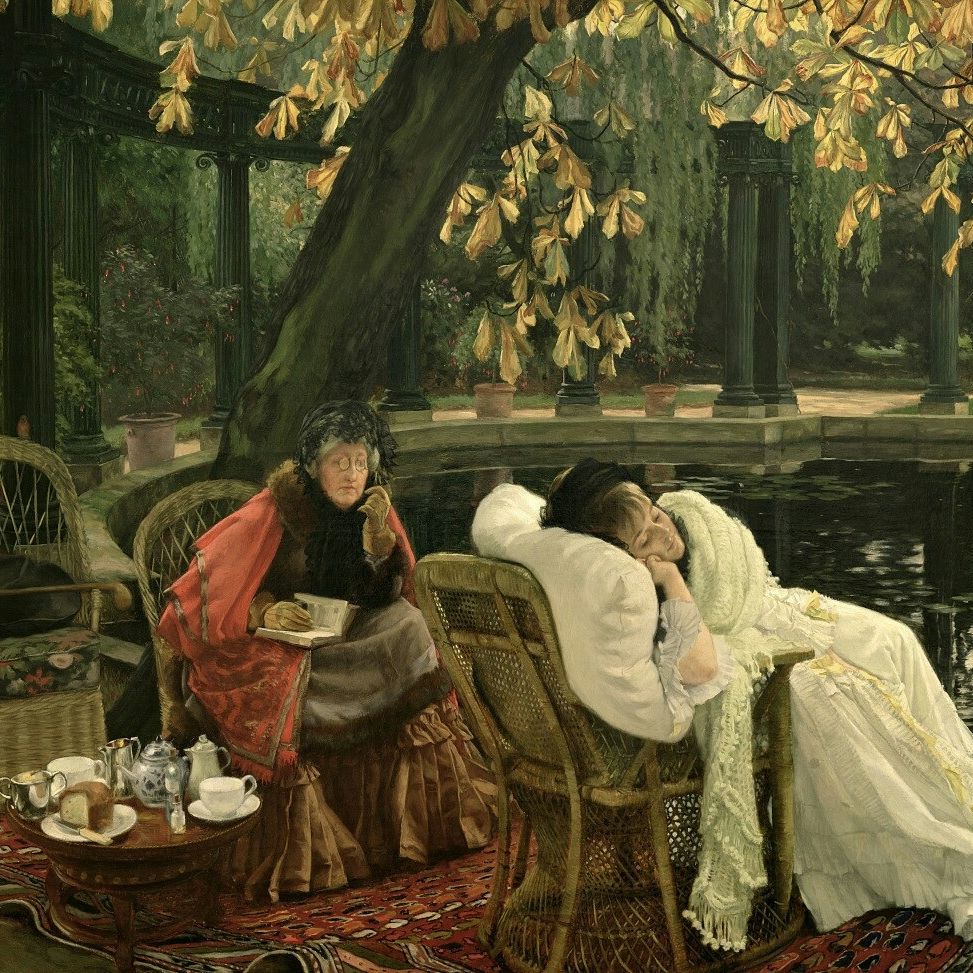 The glamorous centre of the Paris of Napoleon III was constructed as a theatre for the new rich class of bourgeoisie to exhibit their wealth and power.

As fortunes were made and lost in often shady deals, their wives carried the burden of exhibiting virtue and purity. Artists of the time portray them in sheltered interiors pursuing mindless occupations much like the children or pets that surrounded them. Ignorance is bliss

Times of immense social and political change require new visual images to encapsulate ideals and translate them into a form that could at the same time codify and re-enforce their message.