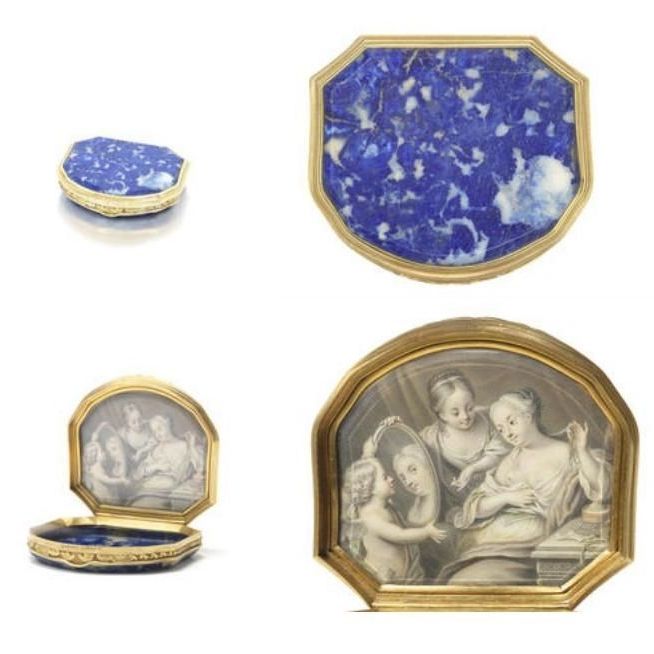 Join Michael Moorcroft Head of Silver & Objects of Vertu at Bonhams, London, when he will talk about the 7th Duke of Wellington’s love of beautiful objects and discerning expertise.

On 18 June, the 198th anniversary of the Battle of Waterloo, Bonhams displayed more than 60 precious hard-stone and gold boxes from a remarkable collection started by Lord Gerald Wellesley, later 7th Duke of Wellington.

The 7th Duke of Wellington was known for his love of beautiful objects and discerning expertise. James Lees-Milne describes the Duke as a "man of exceptional taste and knowledge of the arts who "left more mark on Stratfield Saye than any predecessors since his illustrious great grand-father". Moreover, he was a great perfectionist and was highly protective of his possessions. He zealously polished his boxes and jewels to preserve their impeccable quality.

The 7th Duke's taste and ability was held in high-esteem, and in 1936 he became the surveyor of the King's Works of Art. Some of the boxes were gifts, such as the one given to him in 1934 by Hélène de France, Duchess of Aosta, who had previously had a liaison with Prince Albert Victor, Duke of Clarence, grandson and heir to Queen Victoria until his premature death.