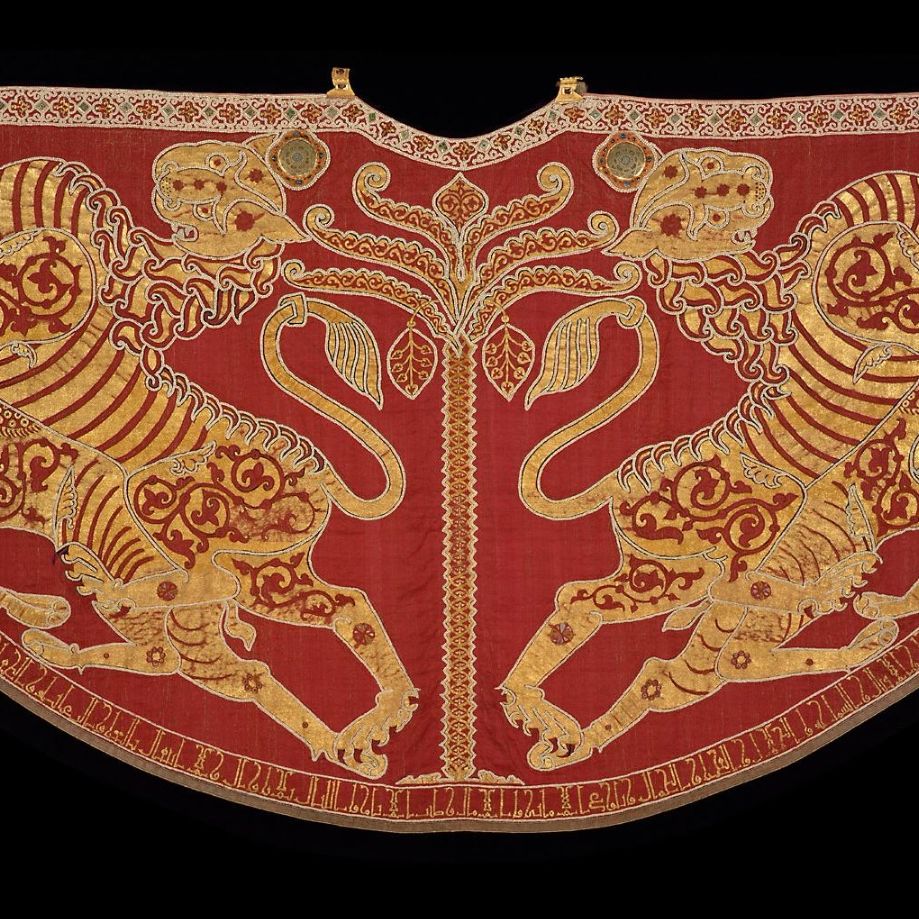 This lecture outlines the story of one of the most extraordinary textiles that survives from the Middle Ages: a twelfth-century robe made for Roger II of Sicily and now in the Treasury of the Kunsthistorisches Museum, Vienna. The spectacular garment is made of silk embroidered with gold and encrusted with precious stones. It bears an inscription that clearly attributes its manufacture to Palermo under the Norman kings and uses a beautiful combination of Christian and Islamic imagery.

DR SUSAN SCOLLAY is an independent art historian specialising in Islamic art and culture and in historic textiles. She is a contributing editor to HALI, the prestigious, London-based journal of carpet, textile and Islamic art, and is a fellow of The Royal Asiatic Society of Great Britain. Susan has lectured at The Johnston Collection since 2008 and in 2010 was guest curator of FLUID BORDERS: Ways of Seeing Oriental Rugs. Her most recent lecture was SILKS AT THE SERAGLIO: How Süleyman I (r. 1520–1566) created ‘magnificence’ at the Ottoman court.