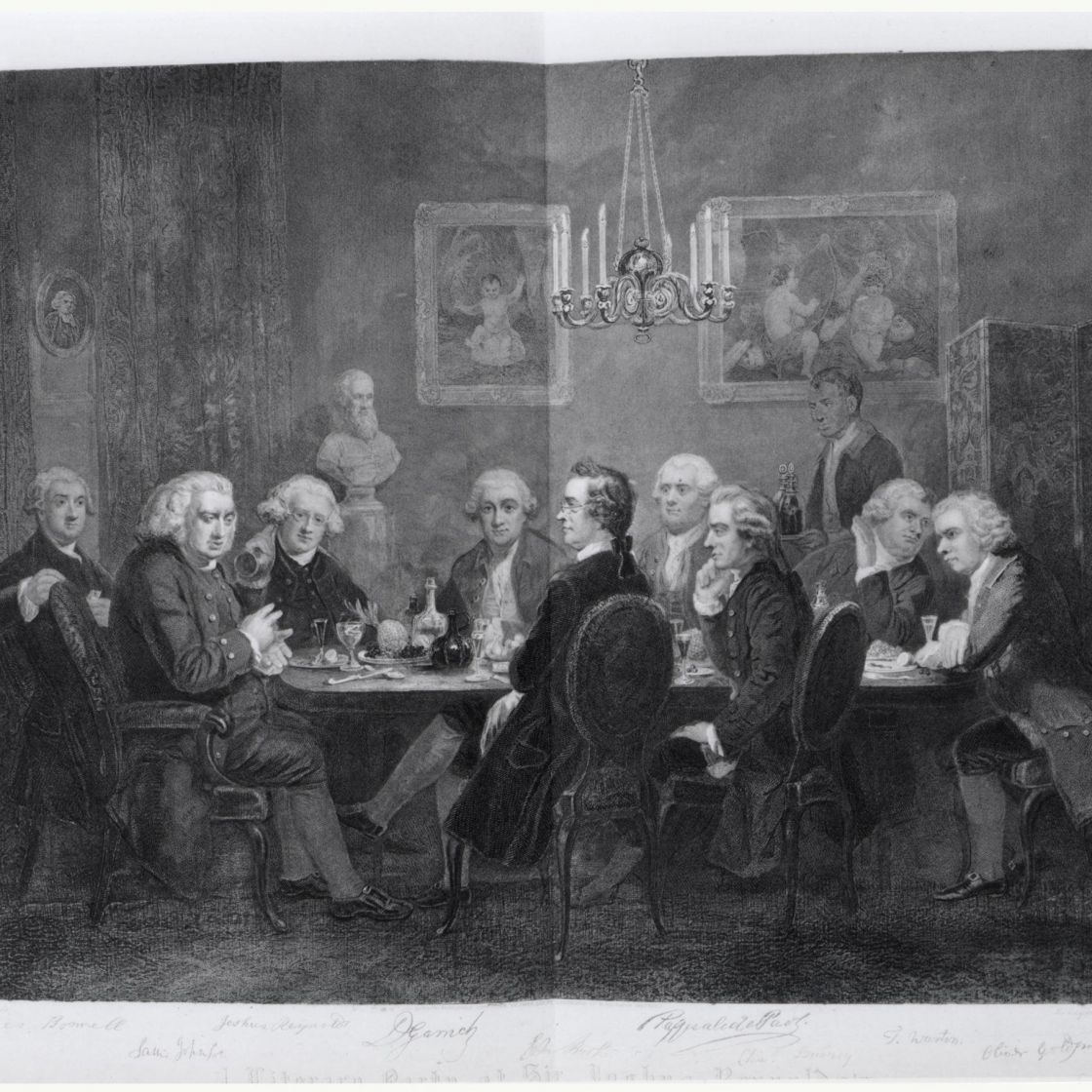 JOHNSTON’S FRIENDS (and some enemies) with John Bryne

“A man, Sir, should keep his friendship in constant repair.” So said Dr Johnson who numbered some of the greatest minds of the 18th century (both male and female) as his friends. Meet these poets, painters, historians, harlots, journalists and jesters and come to know them through books and prints from John Byrne’s library and the libraries of Johnson’s friends.