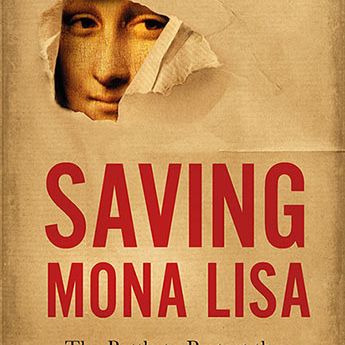 Join The Friends for a thoughtful and stimulating discussion about the bravery of those who were prepared to fight to the death for beauty, art and the achievements of civilisation.

Saving Mona Lisa, the battle to protect the Louvre and its treasures from the Nazis, is a detailed, inspiring account of the war-time courage, daring and ingenuity shown by the men and women of the Louvre who risked their lives.

When war broke out in 1939 Jacques Jaujard, the Louvre’s chief curator, executed a well thought out plan.   More than 200 trucks evacuated 3120 of the Louvre’s 3691 paintings, including the Mona Lisa, to various chateaux along the Loire.  Others went to a monastery and galleries in France’s south-west.   When the Nazis marched into Paris the great palace was almost empty.  However, there was still a threat to great treasures during the occupation and the Vichy regime. The epic cat and mouse game which evolved, and the recovery of precious artefacts, is vividly portrayed.