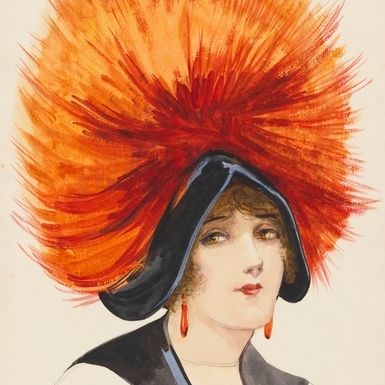 FINE FEATHERS MAY MAKE FINE BIRDS, but do they make fine ladies? with Margot Riley

For thousands of years people around the world have been adorning themselves with feathers. By the late 19th century, feathers had become a must-have fashion element, ornamenting all manner of garments.  The demand for feathers seemed to know no bounds and bird populations were plundered across Asia, Australia, New Zealand, the USA and throughout Europe, with some species greatly threatened and several made extinct.  By the early 20th century, bird protection laws began to be enacted and, in 1906, Queen Alexandra of England eliminated the use of all feathers and bird trimmings on her hats in one of the earliest celebrity environmental statements ever made.

MARGOT RILEY is a cultural historian with special interest in textiles and dress. From 1992-1994, she completed the Masters in Museum Studies Program at the Fashion Institute of Technology in New York and, since her return to Australia, has been working as a Curator with the collections of the State Library of New South Wales in Sydney.

© May Gibbs, Design for magazine cover, circa 1916, watercolour