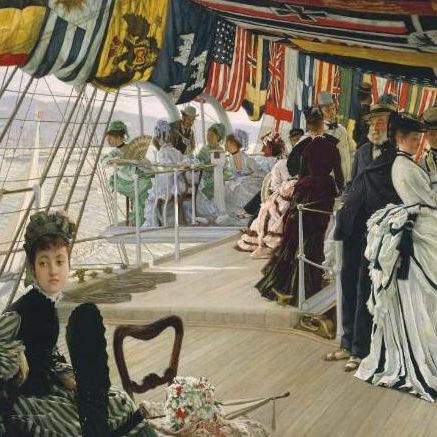 DISCOVERING THE SEASIDE with Sylvia Sagona

The Duc de Morny, Napoleon III’s half brother established Deauville as a resort where balls and promenades could continue during summer and as a centre for the fashionable pursuit of horse racing he had established in France. Meanwhile, the French had annexed Nice and so began frequenting the Cote d’Ázur which the British had made popular to escape their damp climate. New industries sprang up in the wake of the popularity of travel; railway restaurants such as the Train bleu, luggage such as Louis Vuitton and new fashions for women. Artists from Renoir to Matisse depicted this new idea of leisure.