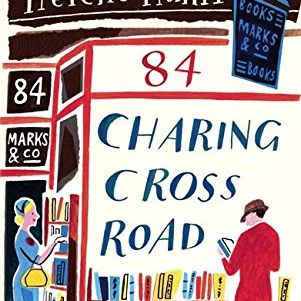 England is so rich in literary connections that it was terribly hard choosing only ten places for this talk. I have tried to include variety – of authors, of sites and of geographical area. There’s a library, houses large and small, churches, a graveyard and an ancient charitable institution. I will take you from the gentle countryside of southern England, up to more dramatic northern landscapes.

In her memoir 84 Charing Cross Road, American Helene Hanff goes searching for the ‘England of English Literature’. Susannah Fullerton knew just how she felt. She first went to England in 1980, with a long list of literary places she just had to see – longing to visit the homes of favourite novelists and poets, walk the paths they had trodden, pay her respects at their graves, and see with her own eyes the landscapes that had filled her imagination since she had learned to read. In this lecture she shares her top ten English literary locations.

SUSANNAH FULLERTON has been the President of the Jane Austen Society of Australia for more than twenty years. She has written several books about Jane Austen and has lectured about her favourite novelist around Australia and overseas. She received an OAM for services to literature and is a Fellow of the Royal Society of NSW. Susannah is also the Patron of the Kipling Society of Australia. She leads literary tours to the UK, Europe, NZ and the USA, and she sends out a popular and free monthly blog, ‘Notes from a Book Addict’ which you can sign up for on her website. Susannah is one of ADFAS’s most popular Australia lecturers and she offers a wide range of talks about famous writers and their works.