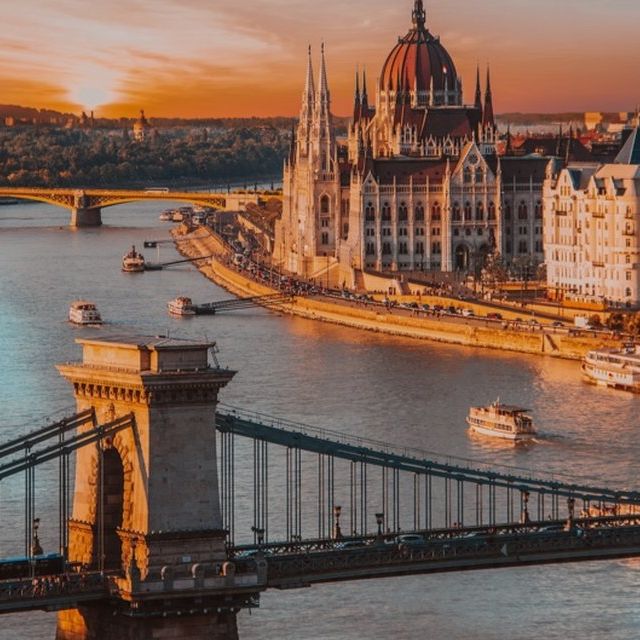 VIRTUAL LECTURE (LIVE) | FOR THE LOVE OF EUROPE'S EAST 1 | BUDAPEST: ‘Pearl of the Danube’ with Kenneth Park

Join Kenneth Park as he presents his lecture BUDAPEST: Pearl of the Danube via Zoom. Please ensure you have downloaded and signed up to Zoom before the lecture begins https://zoom.us/

The lecture will begin promptly at  2:30pm. Please ensure you are online before the start to allow admittance to the lecture. Lectures are not recorded and can only be viewed at the time listed on your ticket. Ticket sales will close at midday on day of lecture, unless sold out prior.

**Link to Zoom meeting will be emailed prior to the lecture. Please see note on your ticket. If you have any concerns please email  visitorservices@johnstoncollection.org**

Budapest, capital of Hungary is one the great cities of Eastern Europe. Its history is complex, chequered. The story begins as an early Celtic settlement that becomes a Roman town (Aquincum). The Hungarians arrive in the late 9th century and the area was pillaged by the Mongols in 1241–42. Re-established Buda develops as one of the centres of Renaissance humanist culture by the 15th century. The Battle of Mohács, in 1526, it is ruled for nearly 150 years by the Ottomans. After the reconquest of Buda in 1686, it entered a new age of prosperity, with Pest-Buda becoming a global city after the unification of Buda, Óbuda, and Pest on 17 November 1873, with the name 'Budapest' given to the new capital. Budapest would also serve as a co-capital of the Austro-Hungarian Empire until its dissolution in 1918. The city suffered during World War II and the Cold War period. Since the lifting of the Iron Curtain Budapest has emerged as a very popular destination for travellers boasting a huge number of attractions. Join us for a visit to Budapest from the comfort of your chair.

KENNETH W PARK has served as Curator of Collections at Wesley College, Melbourne for just on thirty years. This role sees him responsible for the school’s extensive art and archival collections. Kenneth also consults in both the corporate and public sectors in philanthropic fundraising (especially in planned giving) as well as marketing, sponsorship, art, membership / loyalty and public relations.

An avid traveller, tour leader and lecturer, Kenneth works with a range of tourism organisations and travel companies across the globe. He lives by the motto: ‘Life is a grand tour so make the most of it’. His tertiary studies include political science, administration, museum studies, industrial relations, fine arts, history and international relations. Kenneth has a passion for travel, food, wine, arts, architecture, history, and good conversation … essentially the good life!