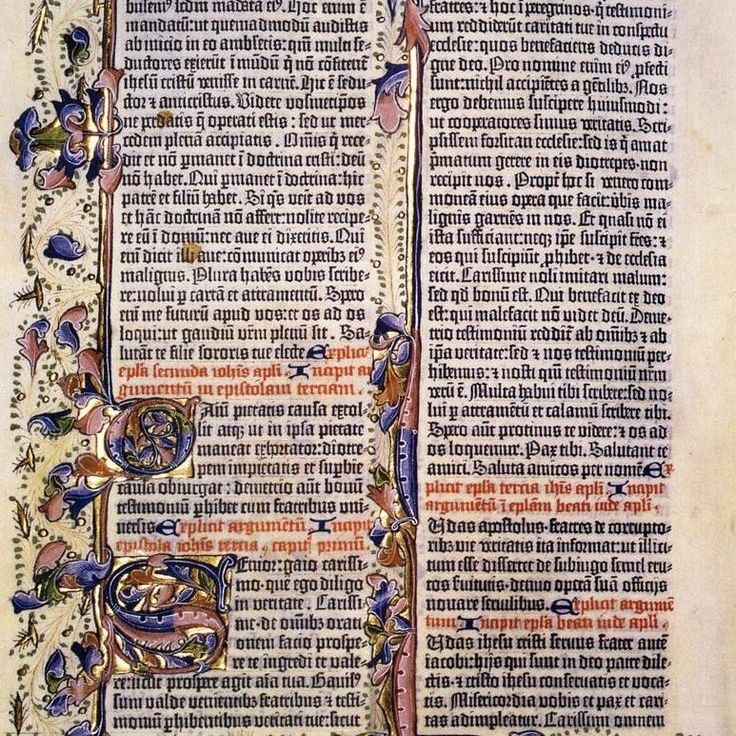 In this lecture Shane Carmody will tell the stories of the seven Gutenberg Bibles in English Libraries and some that got away.  The first book printed with moveable type in Europe, Gutenberg’s bible was a major turning point from the medieval to the modern world, and brought a technology that spread knowledge, controversy, and ultimately revolution.  The stories of these bibles reflect this cultural shift as well as the rise of book collecting, the often eccentric collectors, and the trade which supports it.

SHANE CARMODY is a historian with a great love of Libraries and Archives.  He has worked for the National Archives as State Director for Victoria, the State Library of Victoria as Director Collections and Access and is currently at the University of Melbourne Library as Senior Development Manager.

He is widely published on the history of Libraries and collections.  Shane has managed major international exhibitions including THE MEDIEVAL IMAGINATION: Illuminated Manuscripts from Cambridge, Australia and New Zealand (State Library of Victoria 2008) and LOVE AND DEVOTION: From Persia and beyond (State Library of Victoria 2012). Shane Carmody’s most recent lecture at the Collection was MORE ENGLISH THAN THE ENGLISH: 3 Treasure House Libraries (2017). Each year he leads a tour of the Great Libraries of England with Australians Studying Abroad.