TOUR & TALK at Her Majesty's Theatre 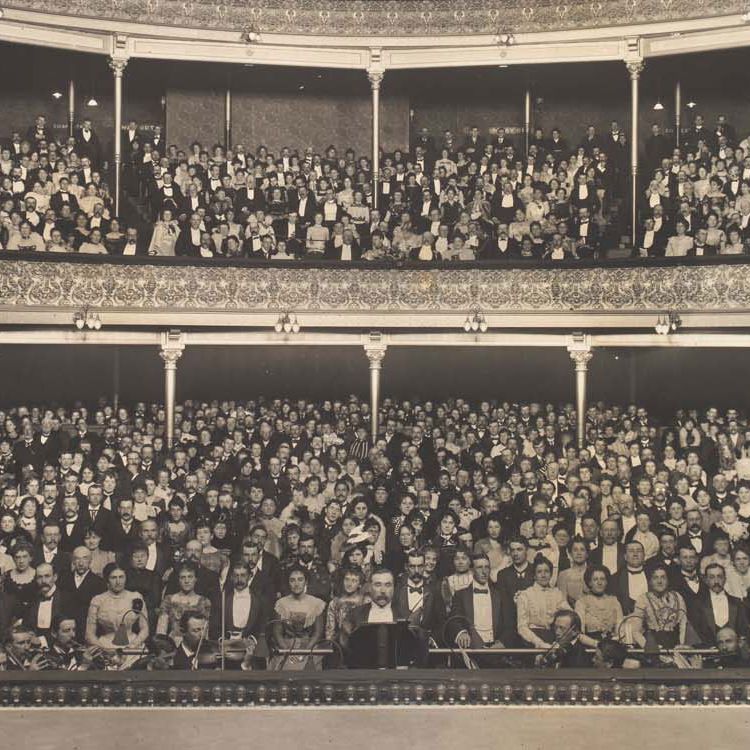 TOUR & TALK at Her Majesty's Theatre

Join The Friends for an historic Tour & Talk backstage at Her Majesty's Theatre, in Melbourne's East End Theatre District. Built in 1886, it is classified by the National Trust of Australia and is listed on the Victorian Heritage Register.

The first recorded use of the area as a venue for entertainment was in 1880, when tiered seating was constructed as an open-air venue. This lasted for four years before the French born entrepreneur, Jules François de Sales Joubert, secured a 30-year lease on the site and in 1886, the Alexandra Theatre opened, named after the then Princess of Wales, wife of the future King Edward VII. The theatre was the largest in the Southern Hemisphere, boasting a capacity of 2,800 and the very first show staged was the comedy, Bad Lads. Also in the first year, the Australian classic, For the Term of His Natural Life, was performed.

The early days of the Alec (as it became known) were problematic, but in early  1888, the Australian born, internationally renowned actor and playwright, Alfred Dampier, leased the theatre and introduced successful programming. In 1900, well-known expatriate American theatrical producer, James Cassius Williamson, took over. The theatre was re-vamped and re-christened Her Majesty's Theatre in honour of Queen Victoria to be re-opened with a production of Gilbert and Sullivan’s HMS Pinafore on 19 May. In November 1911, Dame Nellie Melba, by then an international star, held her Australian opera debut in the theatre.

Despite the changes in identity, the theatre has consistently played host to the world's best artists and shows. The Friends will be given a backstage tour of this historic theatre, highlighted by a short film on the history of Her Majesty’s featuring Mike Walsh, the owner. Refreshments will be provided at the end of the tour.