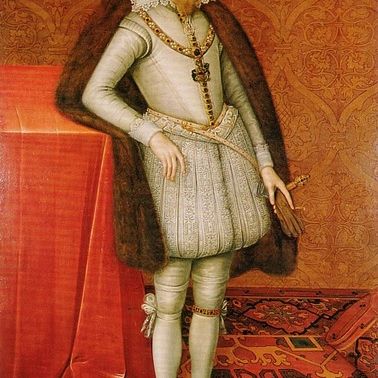 THE FIRST SCOTTISH KING OF ENGLAND with Ian George

James VI of Scotland was James 1 of England. His concept of monarchy was crucial for the development of today’s monarchy. He was also a significant royal patron of the arts and Dr Ian George will be looking at these things and the upbringing of his son Charles, perhaps the greatest art collector Britain has seen – until the Saatchis!

DR IAN GEORGE has been an art critic since the 1960. His postgraduate work was in aesthetics. Since then he has served on the Visual Arts Committee of the Festival of Perth, as a Trustee of the Queensland Art Gallery and Vice-President of the Queensland Festival, had two terms on the Community Arts Board of the Australia Council and is a regular lecturer at the National Gallery of Australia, the Art Gallery of SA and the National Gallery of Victoria.