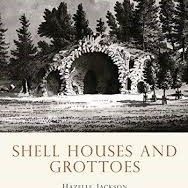 The artificial grotto has a long and intriguing history in architecture and garden design. The earliest grottoes in ancient Greece were pagan shrines dedicated to water nymphs. In the eighteenth century the Renaissance grotto was much admired on the Grand Tour and became a fashionable feature in the new landscape gardens of the wealthy British landowners. This book describes the origins of the grotto in Renaissance Italy, its heyday in eighteenth-century England, its decline in the nineteenth century and its return to favour in the twentieth century. Over 250 surviving grottoes are listed, in varying states of repair, and there are more to be discovered. This book contains a comprehensive gazetteer of grottoes and shell houses that the pubic can visit.  weight 0.114kg