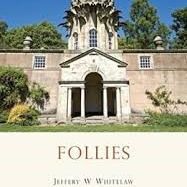 This book defines what a folly is and shows that these architectural curiosities are to be found all over Britain. Some are on hilltops or in remote places, while others, almost unnoticed, stand beside the roadside. Many follies were built in the eighteenth century when great landowners, after their Grand Tour of Europe, returned to their estates with visions of putting up romantic ruins to satisfy a yearning for the past. The history of follies is traced, from the first prospect tower, through the golden era of the first half of the eighteenth century and up to the Second World War. The numerous illustrations demonstrate the enormous variety of follies that can still be found throughout Britain.