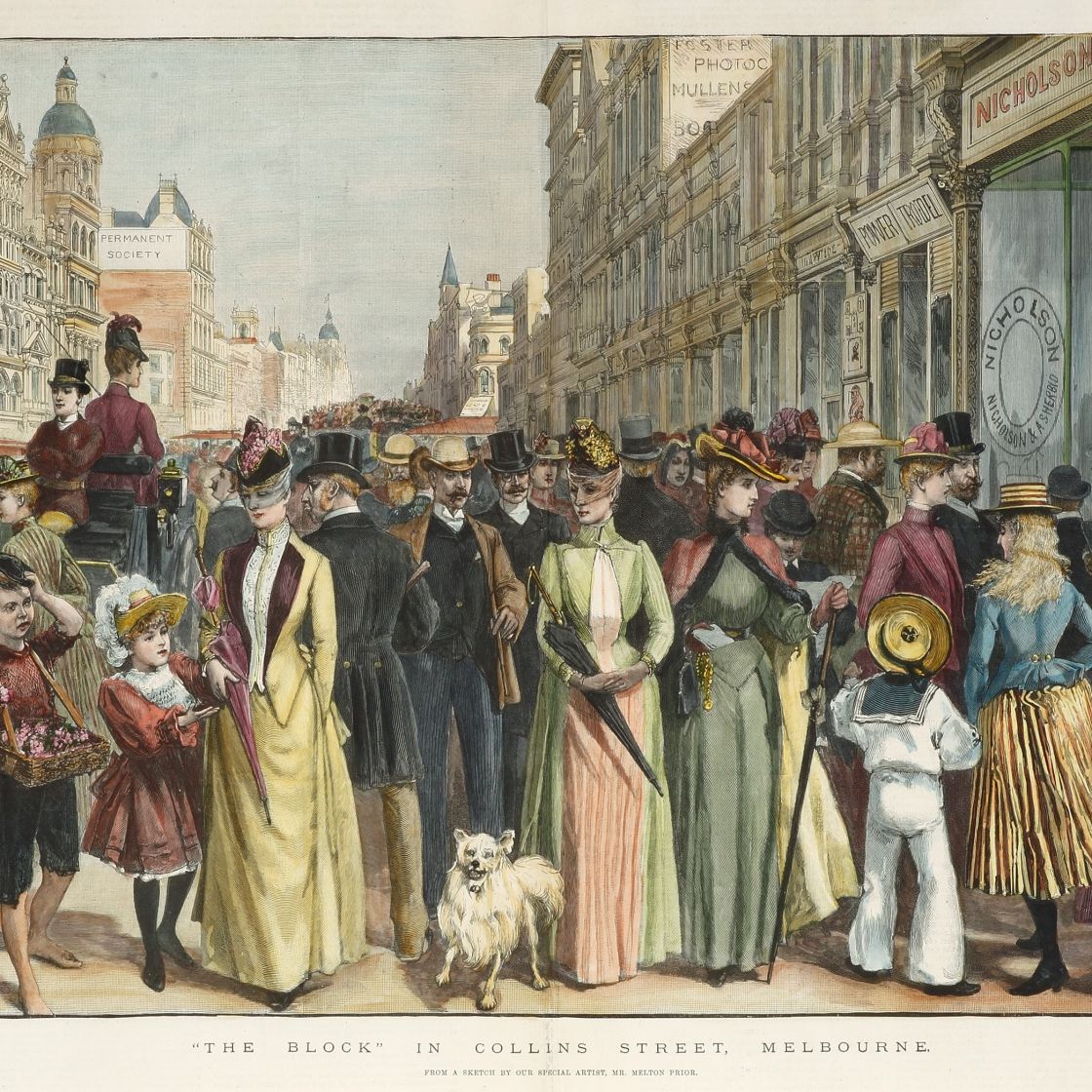 By the mid 1860s Melbourne had become Australia's most populous city, its vibrant commercial life revealed in advertisements from newspapers, magazines and handbills. When it came to gentle the art of persuasion, it seems that colonial copywriters had little to learn from their modern counterparts.

Join Edwin Barnard for a day out in late 19th century Melbourne, exploring the bargains on offer at the likes of Skinner's Crinoline Bazaar and Nathan's Furniture Emporium (where they even offered that new-fangled time-payment scheme).

EDWIN BARNARD is an author and designer with an enduring interest in the everyday lives of 19th century Australians. His most recent books—Emporium, Selling the Dream in Colonial Australia, Exiled and Capturing Time - have all been published by the National Library of Australia.