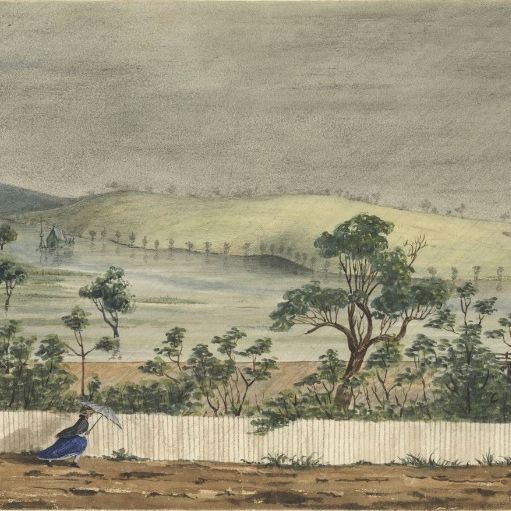 MELBOURNE STORIES | FROM BIRRARUNG TO YARRA, and back again with Alisa Bunbury

Melbourne was established at the waterfall that separated freshwater from salt, an important cultural site and crossing point for members of the Kulin nation, and the river immediately became a feature in depictions of the developing city.

Join Alisa as she explores changing visual representations of, and attitudes towards, the Yarra River in Melbourne's first century.

ALISA BUNBURY is the Grimwade Collection Curator at the Ian Potter Museum of Art, University of Melbourne. From 2002-2017 she was Curator of Prints and Drawings at the NGV and prior to that was Associate Curator of Prints, Drawings and Photographs at the Art Gallery of South Australia. In 1998 Alisa was Harold Wright Scholar at the British Museum, after completing a Masters degree and Postgraduate Diploma in Art Curatorial Studies, both at the University of Melbourne.

Having curated many exhibitions presenting art ranging from the Renaissance to contemporary Australian works on paper, in the last decade Alisa has specialised in early colonial Australian art. Her most recent lecture at The Johnston Collection was BUSHRANGERS, BOTANY, ART AND BOOKS: The Grimwade Collection at Melbourne University (2018).