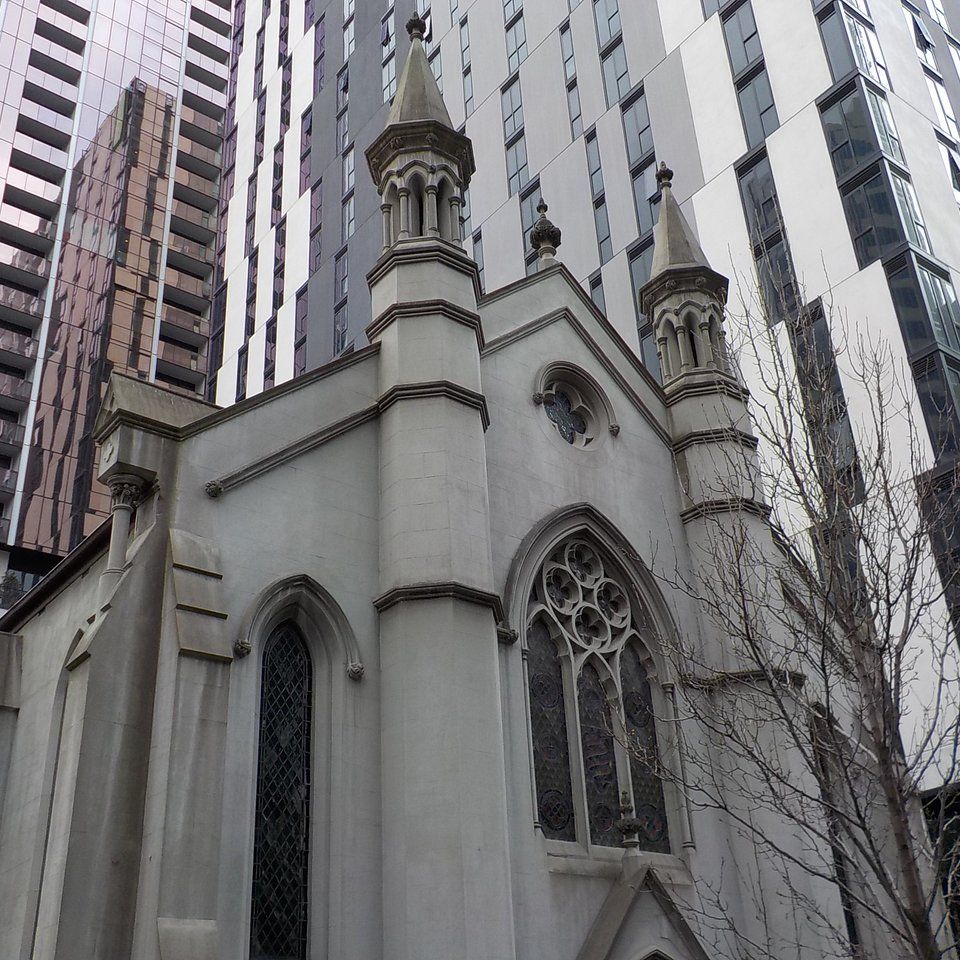 Enjoy a personal guided tour of the Welsh Church of Melbourne, one of the oldest churches in Melbourne.

The Friends will be given the opportunity to tour the Church and to learn more about the history of the church and the Welsh Community in Australia.

The initial step to establish a church for Welsh people in Melbourne was a placement of a notice in the press of the day that a service in Welsh language would be held on 15 December 1852. The present church is one of the two Welsh Calvinistic Churches still active. A simple Gothic Revival building, it was designed by architect, Charles Webb, and built on the site of the original 1856 Welsh Chapel. It was dedicated and opened in December 1871, under the Ministry of the Rev. W.M. Evans, to whom the pioneers of the Welsh cause owe much, for it was his zeal, dedication and organisation that made possible the completion of the building.

The Welsh Church of Melbourne is one of the few churches, outside the United Kingdom, and the only Welsh Church in the Pacific Basin that has a minister who conducts services in the Welsh language.

The church was founded to serve the Welsh people of Melbourne, but now everyone is welcome in a very multicultural church, where a traditional Welsh welcome is provided to all people, regardless of age, sex, orientation, denomination or national origin.