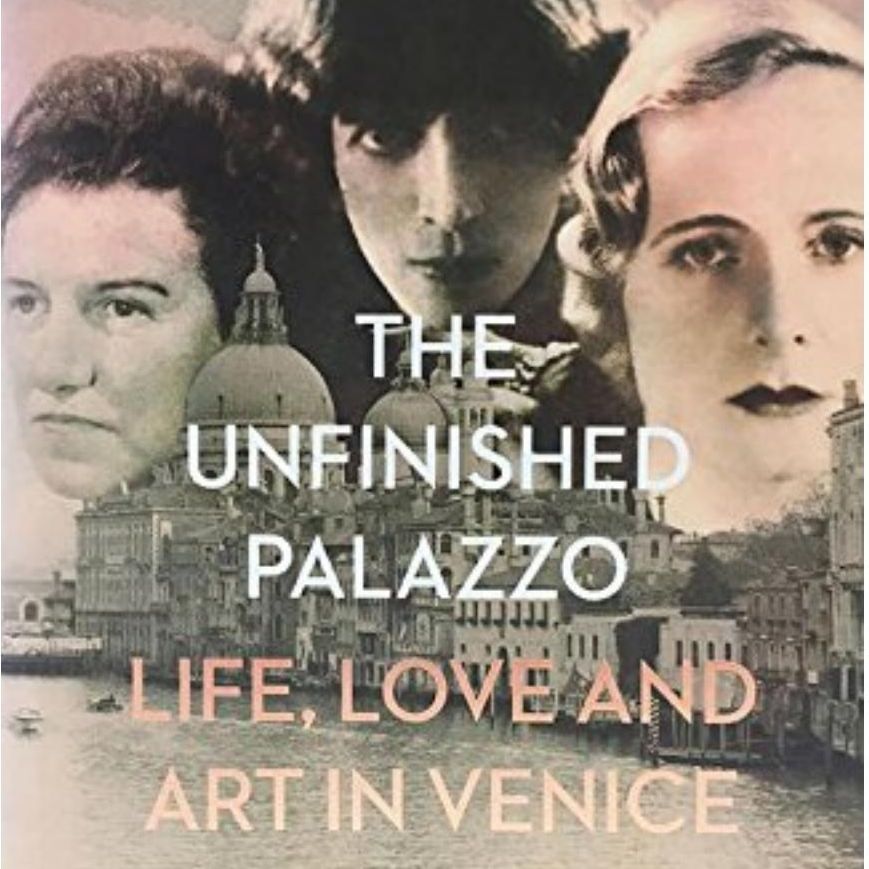 The Friends First Friday Book Club in July will discuss The Unfinished Palazzo by Judith Mackrell.

Abandoned unfinished and left to rot on Venice's Grand Canal, 'il palazzo non finito' was once an unloved guest among the aristocrats of Venetian architecture. Yet in the 20th century it played host to three passionate and unconventional women who would take the city by storm. The staggeringly wealthy Marchesa Luisa Casati made her new home a belle epoque aesthete's fantasy and herself a living work of art; notorious British socialite Doris Castlerosse (née Delevingne) welcomed film stars and royalty to glittering parties between the wars; and American heiress Peggy Guggenheim amassed an exquisite collection of modern art, which today draws visitors from around the world. Each in turn used the Unfinished Palazzo as a stage on which to re-fashion her life, with a dazzling supporting cast ranging from D'Annunzio and Nijinsky, through Noël Coward, Winston Churchill and Cecil Beaton, to Yoko Ono. Individually sensational and collectively remarkable, these stories of modern Venice tell us much about the ways women chose to live in the 20th century.