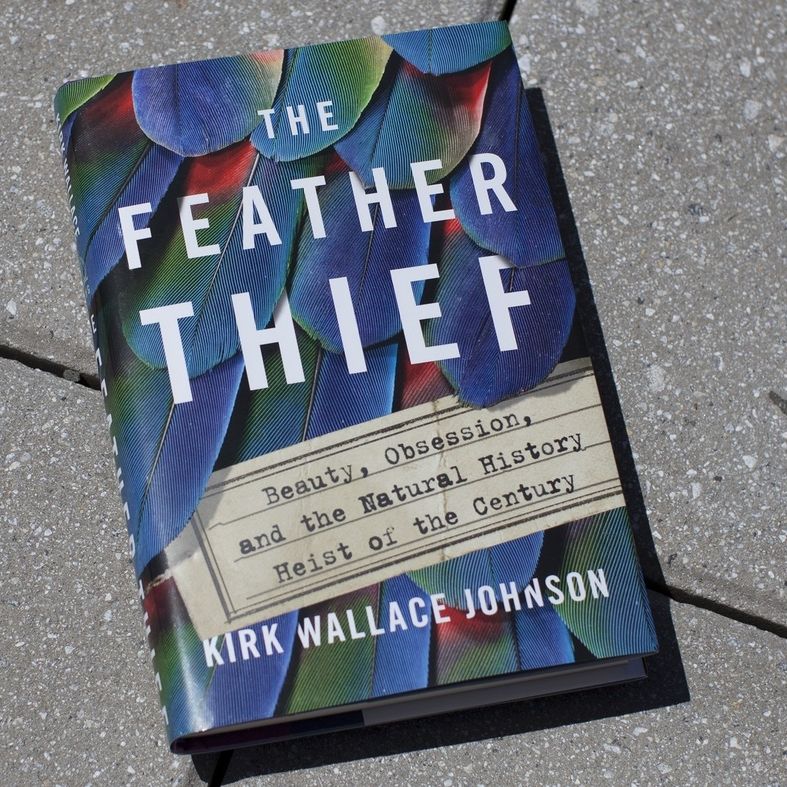 The first book for The Friends First Friday Book Club 2020 will be a lively discussion on a book that was shortlisted for The Golden Dagger Award.

The Feather Thief tells the true-crime tale of Edwin Rist robbing the British Museum of Natural History of hundreds of irreplaceable bird skins, and the greed, obsession, and twisted logic that had compelled him to do so. In 2009 Edwin Rist, was a 20-year-old American flutist studying at the Royal Academy of Music when he broke into the Museum of Natural History in London. He stole the preserved skins of 299 tropical birds including specimens collected by the 19th century naturalist Alfred Russel Wallace.    The author uncovers a fascinating interlinking story of Rist, Wallace’s expedition pursuing the Bird of Paradise and Walter Rothschild, the wealthy eccentric collector who assembled the largest private collection of bird skins in the world at a branch of the Natural History Museum.

This is the story of beauty, obsession and the natural history heist of the century. Although it is non-fiction, The Feather Thief contains many of the elements of a classic thriller!