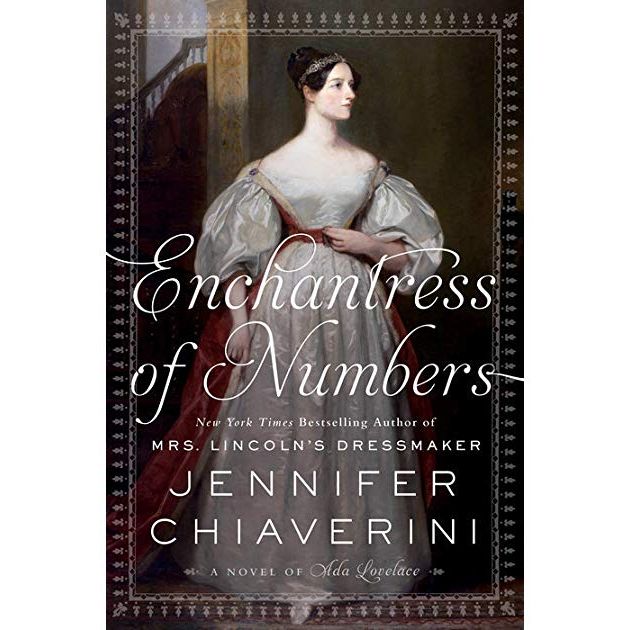 In Enchantress of Numbers, novelist Jennifer Chiaverini tells the story of Ada Lovelace, the one legitimate daughter of Lord Byron, perhaps the most brilliant, revered, and scandalous of the Romantic poets. Ada, who was destined for fame long before her birth, was just six weeks old when Byron’s marriage to Anne Milbank was over and he never saw his daughter again. Ada’s mathematician mother was determined to save her only child from her perilous Byron heritage, so she had to overcome these dilemmas of an overbearing mother and the scandals of her father to prove in a short lifetime (she died at 36) a great intellect.  However, it was not in the arts but as a mathematician she starred. Ada’s mother provided her daughter with a rigorous education grounded in mathematics and science. Any troubling spark of imagination, or worse yet, passion or poetry, was promptly extinguished.

Ada passionately studied mathematics, ignoring skeptics who considered it an unusual, even unhealthy pursuit for a woman, fell in love, discovered the shocking secrets behind her parents’ estrangement, and came to terms with the unquenchable fire of her imagination. Her “Great Work”, a mathematical algorithm for the Analytical Engine, was one of the world’s earliest conceptualized computers.

Ada’s history, both personal and intellectual, is told within this novel, eloquently and with great sympathy.  This will be another stimulating and interesting morning with The Friends in their First Friday Book Club discussion.
Image| courtesy of www.goodreads.com