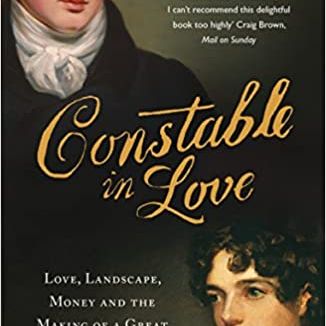 Love not landscape was the making of John Constable, a struggling young painter who fell in love with Maria Bicknell, daughter of a prominent London lawyer. However, he faced not only disapproval of his profession, but also of his lack of money. They might have been in love but their marriage was a most unlikely prospect. Constable, who would not sacrifice his art for anything, while Maria's family frowned on such a penurious union.

For years the couple were forced to correspond and meet clandestinely, but it was during this period of longing that Constable developed as a painter. Their love story is coloured by Constable’s contemporaries, such as JMW Turner, Byron and Wordsworth, and by the time, after seven years, they overcome the obstacles to their marriage, Constable is on the brink of recognition as a great painter.

In Constable in Love, Martin Gayford brings alive the time of Jane Austen in telling the tremendous story of Constable's formative years, as well as this love affair's tragic conclusion, which haunted the artist's final paintings.

Another opportunity for a really most interesting discussion.