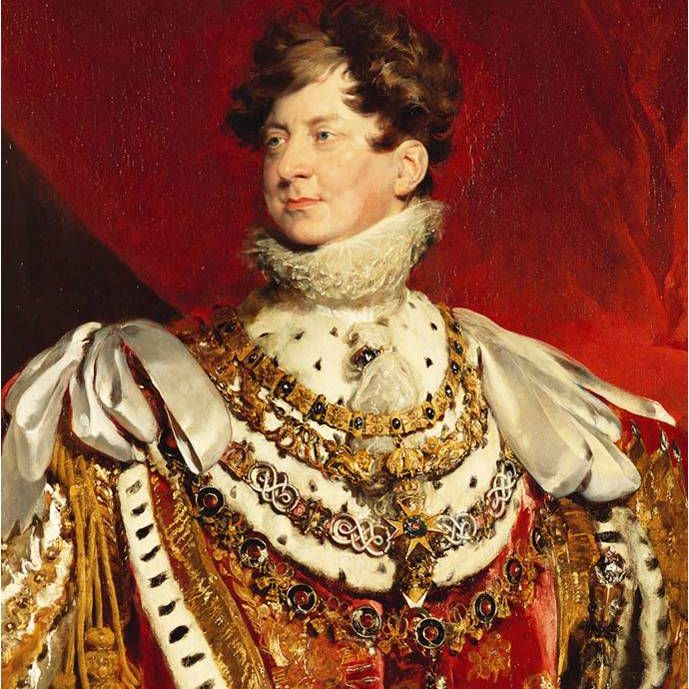 George IV was the single greatest Royal collector of art and instigator of architectural projects. He was passionately fond of lavish decoration and display. As Prince of Wales, he refurbished Carlton House in London; and built Brighton Pavilion. As King, he converted Buckingham House into Buckingham Palace; and made huge changes to Windsor Castle.

He furnished his palaces magnificently with French furniture, clocks, porcelain and sculpture. He was an avid collector of Dutch and Flemish paintings, including works by Rembrandt, Rubens and van Dyck. He patronised contemporary artists such as Reynolds, Gainsborough, Lawrence and Stubbs; and the sculptors Canova and Chantrey. He assembled the greatest collection of Sevres porcelain in the world; and a huge amount of historic and contemporary silver and gold objects.