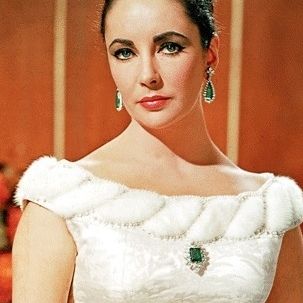 Hollywood legend Elizabeth Taylor has long been associated with jewels – diamonds in particular, but the true extent of her staggering collection is not so well known. Said to be worth over $200 million at the star’s death, her collection has only gained in stature. Many pieces have become as legendary as the star who wore them, and the man who bought most of them – Richard Burton. Adrian Dickens has compiled a fascinating talk on the stories behind such jewels as the great Bulgari Sapphires, La Peregrina Pearl, the Mike Todd tiara, the Taj Mahal pendant and the unforgettable Taylor-Burton Diamond.

ADRIAN DICKENS trained in the United Kingdom for six years and has been a fixture on the Melbourne and Sydney fine jewellery scene for over 30 years. Dickens’ knowledge of historical and recent jewellery trends are insightful. He regularly gives talks and presentations nationally and internationally. He has managed some of Australia’s fine jewellery houses and now runs Circa AD Jewels. Dickens’ most recent lecture at the Collection was Jacqueline Bouvier Kennedy Onassis | The Jewels of Camelot