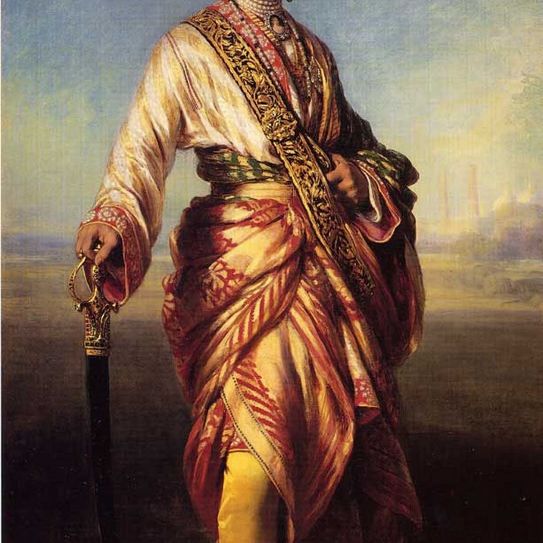 Fascinated by one of Franz Xaver Winterhalter’s most exotic paintings, Portrait of Maharajah Duleep Singh, Barilo von Reisberg delves into the sitter’s biography and uncoveres a fascinating tale of an Indian child prince; the legend of the fabled Koh-i-Noor diamond, one of the most important jewels in the British Royal Collection; and the Indian presence at the court of Queen Victoria, the first British monarch to be formally styled the Empress of India.