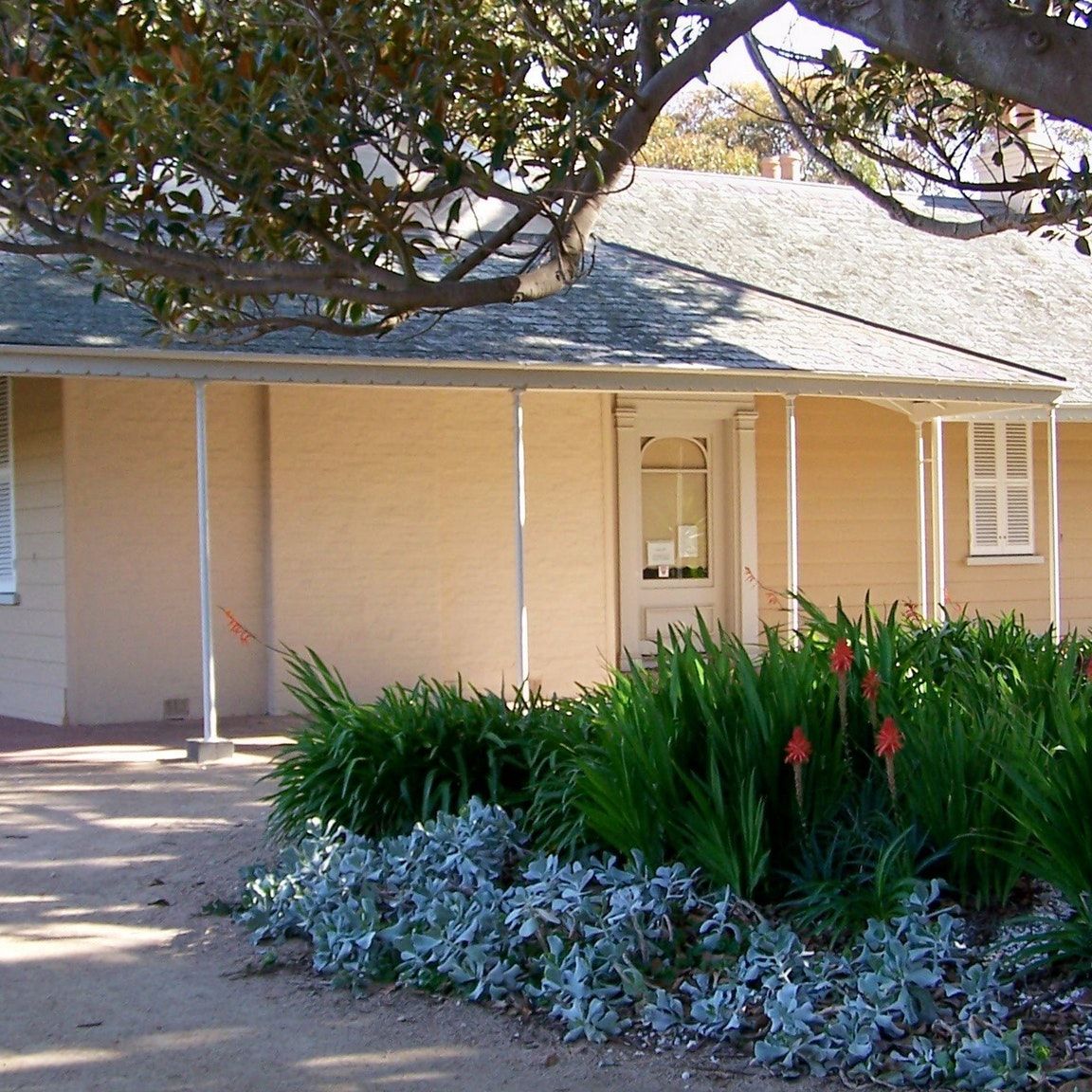 Join The Friends on a visit to another house museum, for a stimulating and interesting morning looking back into Victoria’s fascinating historical past.

Built by Charles Ebden in the 1850s, Black Rock House offers a unique window into the past. It is included in the Victorian Heritage Register, the Register of the National Estate and it is classified by the National Trust.

Charles Ebden was a wealthy, powerful and popular man who contributed to the social and economic fabric of Victoria. He developed sheep runs along the River Murray and he was one of the first overlanders to travel south to Victoria. In the 1840s, Ebden was living in Melbourne and on three occasions – in 1843, 1848 and 1850 – he was elected to the Legislative Council of New South Wales, which then included the area that was to become Victoria. In 1851, he was appointed Auditor General in the first Victorian government.

In 1854, he purchased 122 acres of Boon wurrung country. Located on the coast, not too far from Melbourne, it was an ideal location for a retreat from town living. Between 1856 and 1858, he built Black Rock House as his holiday abode. It was a unique property consisting of a T-shaped brick and timber house with a cellar, joined by a covered walkway to a castellated stone courtyard and stables. It is not known to what extent Charles Ebden and his family enjoyed their holiday house, however it was a social rendezvous for Melbourne’s elite between 1858 and 1861.

Following the Ebden Family’s return to England, Governor Sir Henry Barkly used the house as a vice-regal retreat between 1861 and 1863. After Ebden’s death in 1867, the house remained in the Ebden family until 1911, during which period it was rented out. Over the years the house has been used as a guest house, a private house, and it was for a decade converted into four flats. The land was gradually sold off and consequently, the house lost its beach frontage. Today, the beach track from the garden to Beach Road, remains.

Black Rock House was twice on the brink of demolition and it is now owned by the Bayside City Council for the purpose of preserving and promoting important local heritage. It is a good illustration of how modern societies value and care for their past.