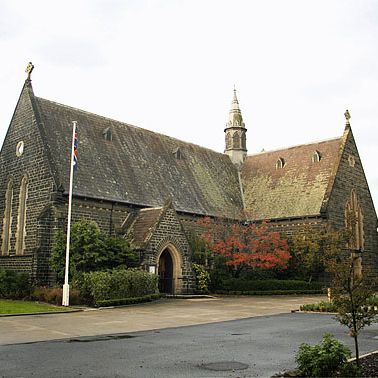 St George’s Church, Malvern (consecrated 1888) is where we will hold our first function on 18 February 2011. Its history is intrinsically linked with Melbourne’s in that, in 1891 the Foundation Stone for the parish hall was laid by the wealthiest man in the Southern Hemisphere, the well-known pastoralist, Sir William Clarke (The Friends will be visiting one of his antecedent’s homes on the Western District Tour in April). St George’s was also the parish church for the state governors, whose residence was Stonnington in Glenferrie Road from 1901 until 1932.

The Vicar of St George’s, Reverend Canon Dr Colleen O’Reilly, has kindly agreed to our visit, which will include a tour conducted by the historian of St George’s, Mr Brian Corless, a close study of the glorious stained-glass windows, an organ recital, and morning tea.