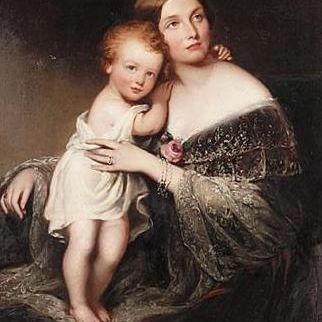 A PRINCESS FOR SCOTLAND: Marie Duchess of Hamilton with Eugene Barilo von Reisberg

Her birth spelled the end of a German princely dynasty; her marriage resulted in the partial loss of her social position; the wayward lives of her children ended the long line of Scottish dukes and ultimately led to the dispersal of family fortunes. The lecture traces the highs and lows in the life and times of Marie, Princess of Baden, Duchess of Hamilton.

EUGENE BARILO VON REISBERG is a Melbourne-based lecturer, researcher, and art consultant.  He has completed a doctoral dissertation on Franz Xaver Winterhalter, the 19th century elite portrait specialist, at the University of Melbourne, and lectures and publishes widely on 19th century art, history, and culture.