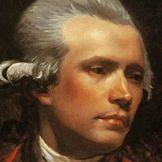 A PAINTER IN REVOLUTIONARY TIMES | John Singleton Copley and the American Revolution, 1760-1800 with Peter McPhee

This lecture tells the harrowing story of an outstanding portraitist caught in the deadly divisions of Revolution. Copley, born to poor Irish parents in Boston, became a highly sought-after painter of the élites of this small colonial port.

Increasing friction between Britain and her American colonies after 1763 polarised this élite into warring camps. Copley found himself caught between old friends and family and by 1774 had to make a choice which would change his life tragically and permanently.

PETER McPHEE is a Professorial Fellow at the University of Melbourne, where he was the university's first provost. He has published widely on the history of modern France, including most recently Living the French Revolution, 1789-1799.