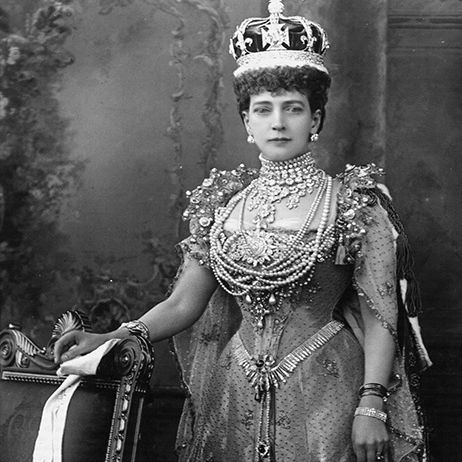 Ever since Koh-i-Nûr (or ‘Mountain of Light’) diamond was presented to Queen Victoria in 1849 by an eleven-year-old Indian prince Duleep Singh, Indian jewels and jewellery have consumed the imagination. This desire for splendid displays continues and includes the wonderfully juicy “Tutti Fruitti” style created by the great French jewellers Cartier.

Join Adrian Dickens as he discusses some of the world’s most magnificent jewels set with historical Indian gems. Originally owned by maharajas and maharani, including the scandalous “Wallis Simpson of India”, these treasures were re-incarnated to adorn European royalty, aristocrats and socialites of the 1920s and 30s. These masterpieces are from an era of style and unsurpassed Deco-dence.

This lecture will illustrate some of the rarest gems set in the finest jewels ever created and touch on many items that will be featured in the Cartier: The Exhibition being held the National Gallery of Australia, Canberra from March to July 2018.

The lectures and events will consider how historical contemporary ideas connect and convey meanings that celebrate culture in the making.

ADRIAN DICKENS trained in the United Kingdom for six years and has been a fixture on the Melbourne and Sydney fine jewellery scene for over 30 years. Adrian’s knowledge of historical and recent jewellery trends are insightful.  He regularly gives talks and presentations nationally and internationally. He has managed some of Australia’s fine jewellery houses and now runs Circa AD Jewels. This is the seventh talk in the Adrian Dickens series, the most recent being ANIMAL MENAGERIE | Animals in Jewellery in 2017.