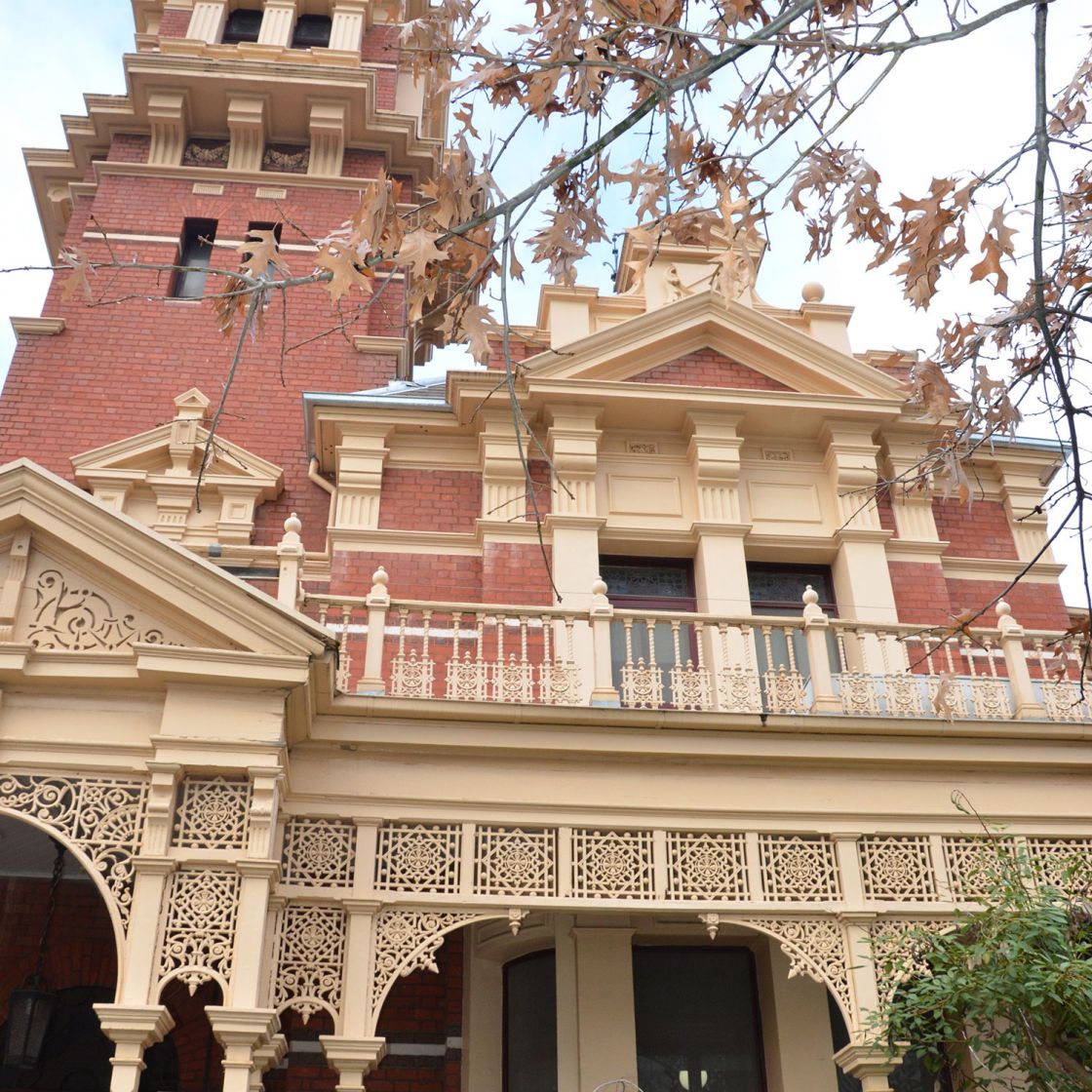 The Friends are invited to morning tea and a tour of St Catherine's School, Heyington Place, Toorak.

On the campus are located two significant mansions from the boom days of ‘Marvellous Melbourne’, Beaulieu (the former home of Mars Buckley of Buckley & Nunn) and Illawarra.

Friends will know that William Johnston began his working life in the furniture department of Buckley & Nunn, Melbourne (now David Jones) and it will be of great interest to visit the grand mansion of his former employer.

Illawarra was commissioned by Henry James and designed by James Birtwhistle in 1888-9. It was completed in 1891. The house is of particular significance as a fine example of a boom-era mansion in Victoria and serves as an indicator of developing trends in Victoria architecture, in particular the Queen Anne Style.

The Chairman of The WR Johnston Trust, Rodney Davidson AO OBE LLB negotiated with Bill Ryan the gift of Illawarra to The National Trust.