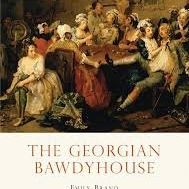 The business of sex was a significant aspect of urban culture in Georgian England, and a visible one. Despite the rise of the 'polite society' of Jane Austen's novels, England was also at the time rife with vice and debauchery: in the shadows of the fashionable public parks and gardens, in alleyways and taverns, even at church doors, there lurked a world of criminality and prostitution of which the bawdyhouse became one of the most potent symbols. This book explores what is was like to run, work in, and frequent these establishments, which ranged from filthy hovels and country inns to grand townhouse apartments, and draws from newspaper reports, criminal trials, political debate and bawdy pamphlets and prints to show both the frivolity and the harsh realities of the Georgian brothel. weight 0.148kg