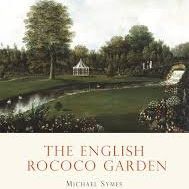 Delightful, eccentric, capricious, bizarre the English Rococo garden, an intriguing branch of eighteenth-century horticulture, was all these and more. This book relates the components of the Rococo garden to movements in art and architecture that had developed in Britain and in Europe, and shows its particular appeal to amateur designers and owners. It was an expression of a period in time, following Baroque and neo-Palladian and anticipating Romanticism in its sense of freedom. Most of the enchanting scenes depicted in Thomas Robins' watercolours have disappeared, but there are many garden buildings from the period that survive. The styles which overlap with Rococo Gothic, chinoiserie, rustic are also considered here, as is the use of flowers, rocks and shells. The principal designers are also profiled, including Sanderson Miller and Thomas Wright.