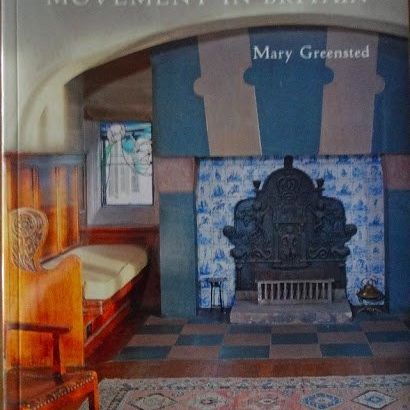 Shire Book: The Arts and Crafts Movement in Britain

Mary Greensted tells the story of the birth and development of the Arts and Craft movement in Britain with the help of numerous illustrations showing the buildings, furniture, metalwork, and the people who influenced it. The movement was concerned with the revival of traditional crafts, and a return to the vernacular, and it had socialist ideals at its heart. This movement, which flourished in the early twentieth century, has not only bequeathed us with a wealth of fine objects and buildings, but also a way of thinking about life and craft that continues to influence many today. Contains information on dozens of designers, artists, architects and thinkers, including: William Morris, CFA Voysey, Charles Rennie Mackintosh, AH Mackmurdo, CR Ashbee, Ernest Gimson. <br> WEIGHT: 0.430KG