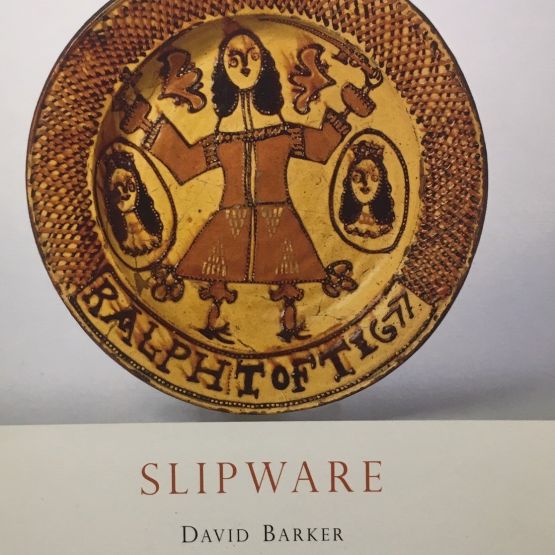 Since its introduction over four centuries ago, Slipware has been one of the most popular types of pottery in Britain. By the seventeenth century the decoration of pottery with slip, or clay mixed to a creamy consistency, had become widespread and the technique was perfected by the potters of England and Wales. Although confined largely to the lower end of the social spectrum, their simple but lively decoration, together with their relatively low price, guaranteed their place amongst the domestic wares of families for almost three centuries. Author David Barker, introduces us to the variety of slipware designs in England and Wales, explaining the industry by which it is produced, and highlighting some of the most important centers of production in the country.