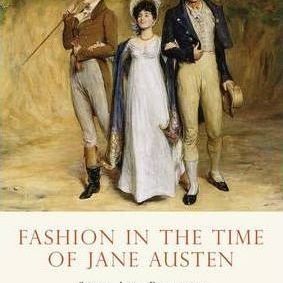 Shire Book: Fashion In The Time Of Jane Austen

The broader Regency period 1795-1820 stands alone as an incredible moment in fashion history unlike anything that went before or after. It was the most naked period since Ancient Greece and before the 1960s, and for the first time England became a fashion influence, especially for menswear, and became the toast of Paris. With the ancient regime deposed, court dress became secondary and the season by season flux of fashion as we know it came into being, aided and abetted by the proliferation of new ladies' magazines. Such an age of revolution and innovation inspired a flood of fashions taking influence from everything including the newly discovered treasures of the ancient world, to radical new ideas like democracy. It was an era of contradiction immortalized by Jane Austen, who adeptly used the newfound diversity of fashion to enliven her characters, Wickham's military splendor, Mr. Darcy's understated elegance, and Miss Tilney's romantic fixation with white muslin.  Softcover. weight 0.152kg