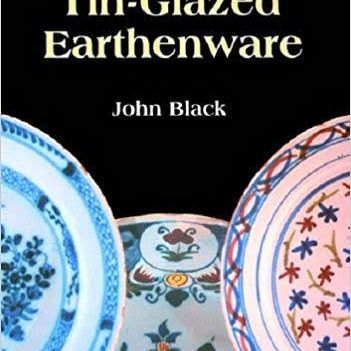 John Black's book provides an introduction to British tin-glazed earthenware for collectors and those interested in the history of ceramics. The technique of covering an earthenware object with a glaze containing tin enabled it to be decorated with paints - was introduced to Britain from the Netherlands in the sixteenth century. The potters began to imitate Chinese porcelain, then all the rage, and a number of potteries were developed with this in mind. Their output was massive, much of it being exported, and for a long period it was the mainstay of the British ceramic industry. Many eye-catching examples are to be seen in museums and private collections. But it was a fragile body, easily broken, cracked and chipped, and in the second half of the eighteenth century new, more durable materials such as creamware and porcelain began to replace it. Softocover. Shire Library.