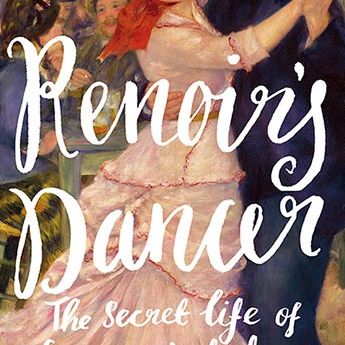 The Friends First Friday Book Club in May will discuss Renoir’s Dancer by Catherine Hewitt.

Suzanne Valadon was born in 1865, the daughter of a provincial laundrymaid.  At 15 she found a role as an artist’s model, becoming the favourite of Renoir as both model and mistress.  She appears in two of his most famous paintings, Dance in the City (1883) and Dance at Bougival (1883).

But her career as a model did not define her.  By the age of 28 she was an established artist, exhibiting at the Salon Nationale des Beaux-Arts in Paris.

CATHERINE HEWITT examines Suzanne’s life, her loves, and her work within the history of the Belle Epoque, the Franco-Russian War and the opening of the Eiffel Tower.  Art, history and life provide a great opportunity to discuss France in a period of great change.

Catherine Hewitt studied French Literature and Art History at Royal Holloway, University of London and the Courtauld Institute of Art. The Mistress of Paris, her first book, was published by Icon Books in 2015 and described as an 'enthralling story, told with both conviction and sympathy' by the Observer. She lives in a village in Surrey.