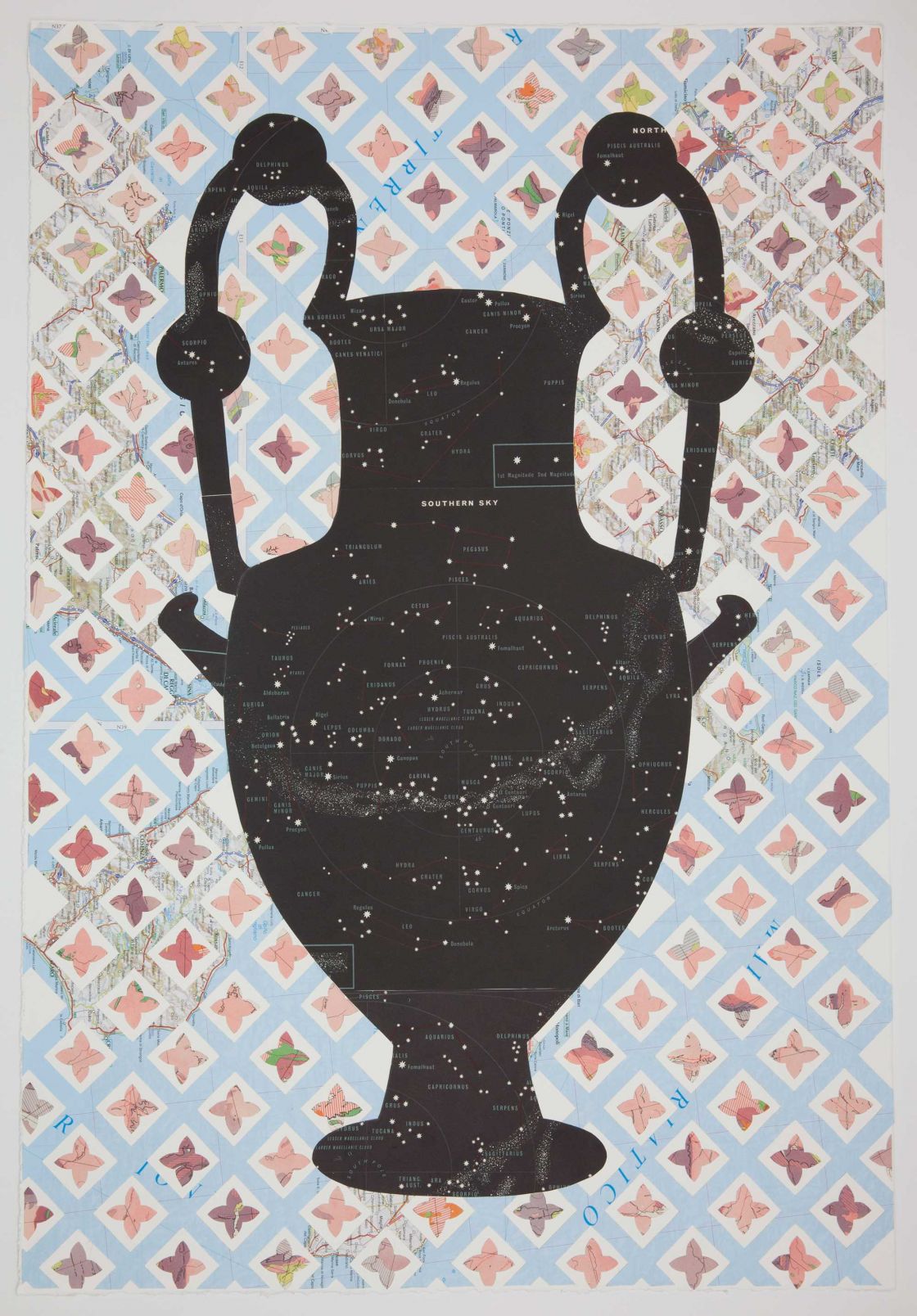 supporting the work of contemporary artists, makers, designers and educators every day of the year

SEE OUR STORIES
Back To Report 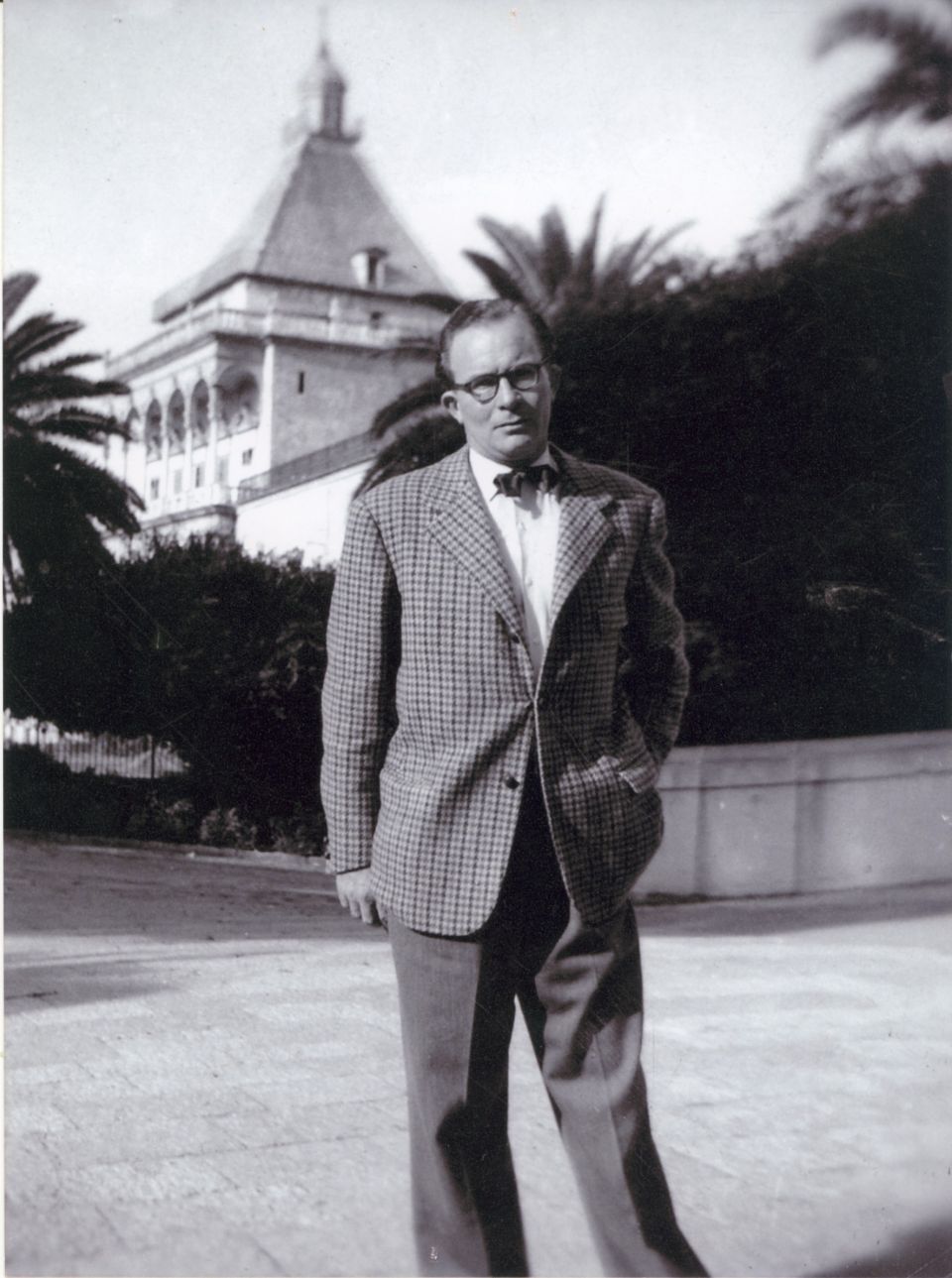 It was William Johnston’s intention that Fairhall be regularly rearranged and since it was first opened to the public in 1990, a regular program of re-installation and interventions of the permanent collection was established with creative individuals with a background in architecture, design, art, interiors, fashion and antiques, invited to rearrange (or ‘guest curate’) The Johnston Collection. From this three distinct annual exhibition series have emerged.

In this series, guest curators use Fairhall as a site-specific installation space to reconceptualise the Collection, often incorporating their own work, or loan items, in their reconstruction of the exhibition-house.

The House of Ideas series offers a radical interpretation of the Collection with the aim of generating new, diverse audiences.

CHRISTMAS AT THE JOHNSTON COLLECTION

WILLIAM JOHNSTON AND HIS COLLECTION

In this series individuals from the wider community are invited to rearrange Fairhall, generally using only the items in the Collection. William Johnston and his Collection series offers a ‘traditional’ interpretation of the Collection. 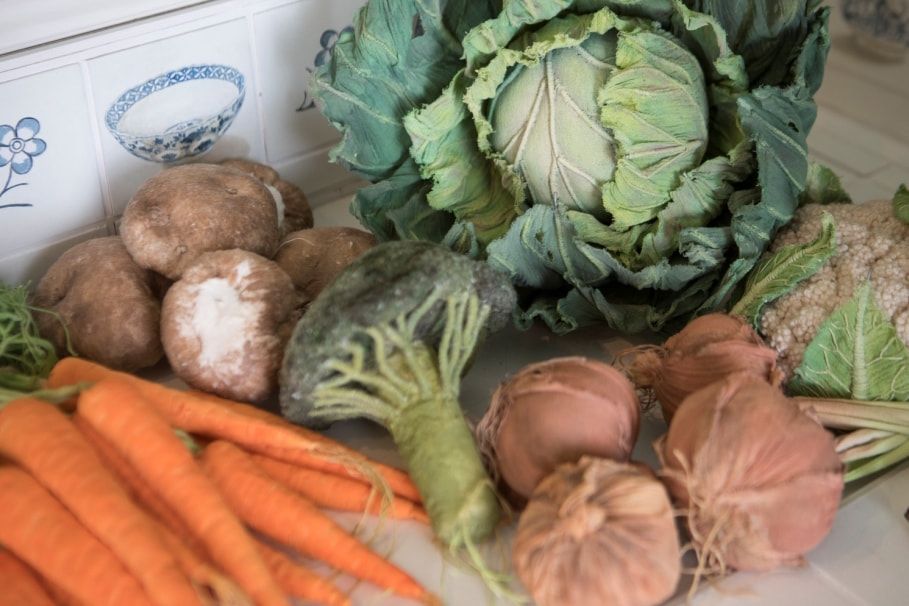 In this survey exhibition, outstanding works from the previous four years of Christmas exhibitions were selected to be reshown, allowing us to look back and celebrate the breadth of talent and the diverse approaches of our local makers who work across a whole range of media.

This exhibition showed artists and makers challenging traditional making, thinking, and practice with their contemporary responses to the Collection, along with more traditional responses reflecting historical techniques, materials, and making.

“A must visit...The Christmas theme is always amazing. So many incredible skills on show.” 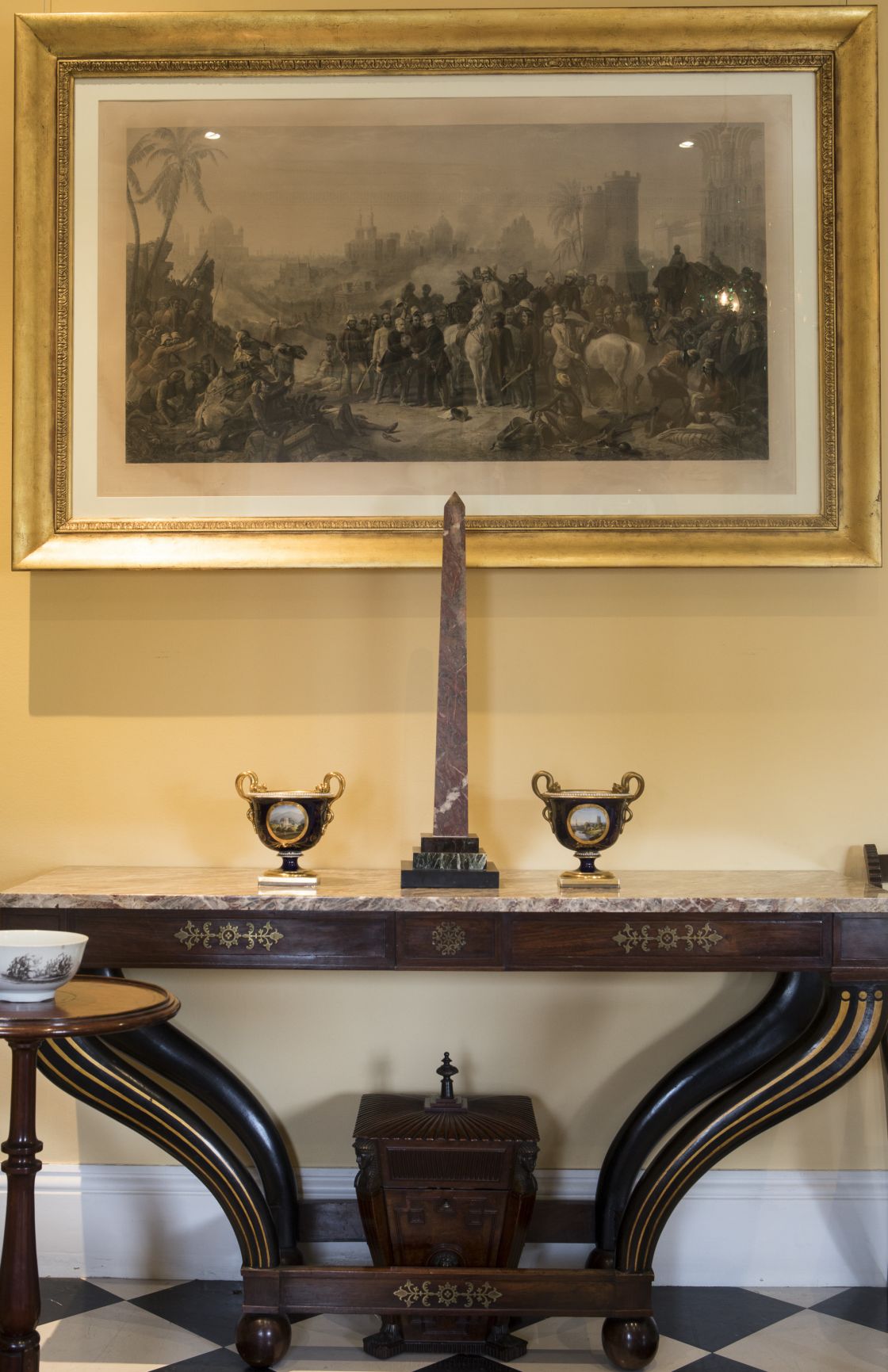 This exhibition was based around an original arrangement concept for William Johnston’s collection in Fairhall by architect Peter Lovell, highlighting Johnston’s love of India and especially Calcutta that, in later years, became his favourite place to visit to replenish his shop stock.

For the first time the sumptuous Green Drawing Room was presented as a grand Indian-inspired Durbar room. This arrangement included the magnificent ‘salon suite’ – one of the many significant items Johnston acquired over his lifetime - purchased from the sale of vice-regal furniture from government House, Calcutta (now known as Raj Bhavan, Kolkata). 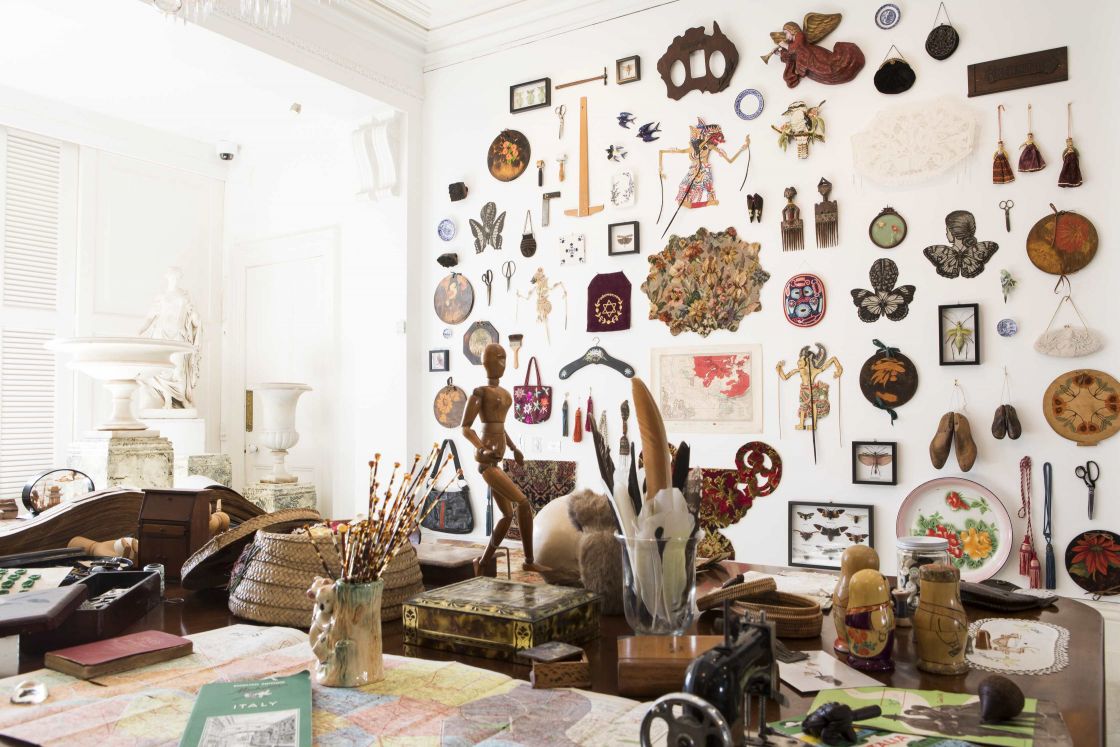 PATTERNS OF COLLECTING | FROM THE BOWER

PATTERNS OF COLLECTING explored the ways in which objects are collected and ideas around the notion of a bower and a woman’s private space.

“This very personal exhibition invites the audience to see the created environments gathered from the artists’ workspace with their collections revealing as much about the artist as their own work.”

“It was sooooo wonderful! Brilliant to see collections within a collection. Amazing artists! Congratulations to all involved…”

image credit: detail of artists installation in The Green Room as part of PATTERNS OF COLLECTING | FROM THE BOWER at The Johnston Collection Photography Adam Luttick, Luts Photography 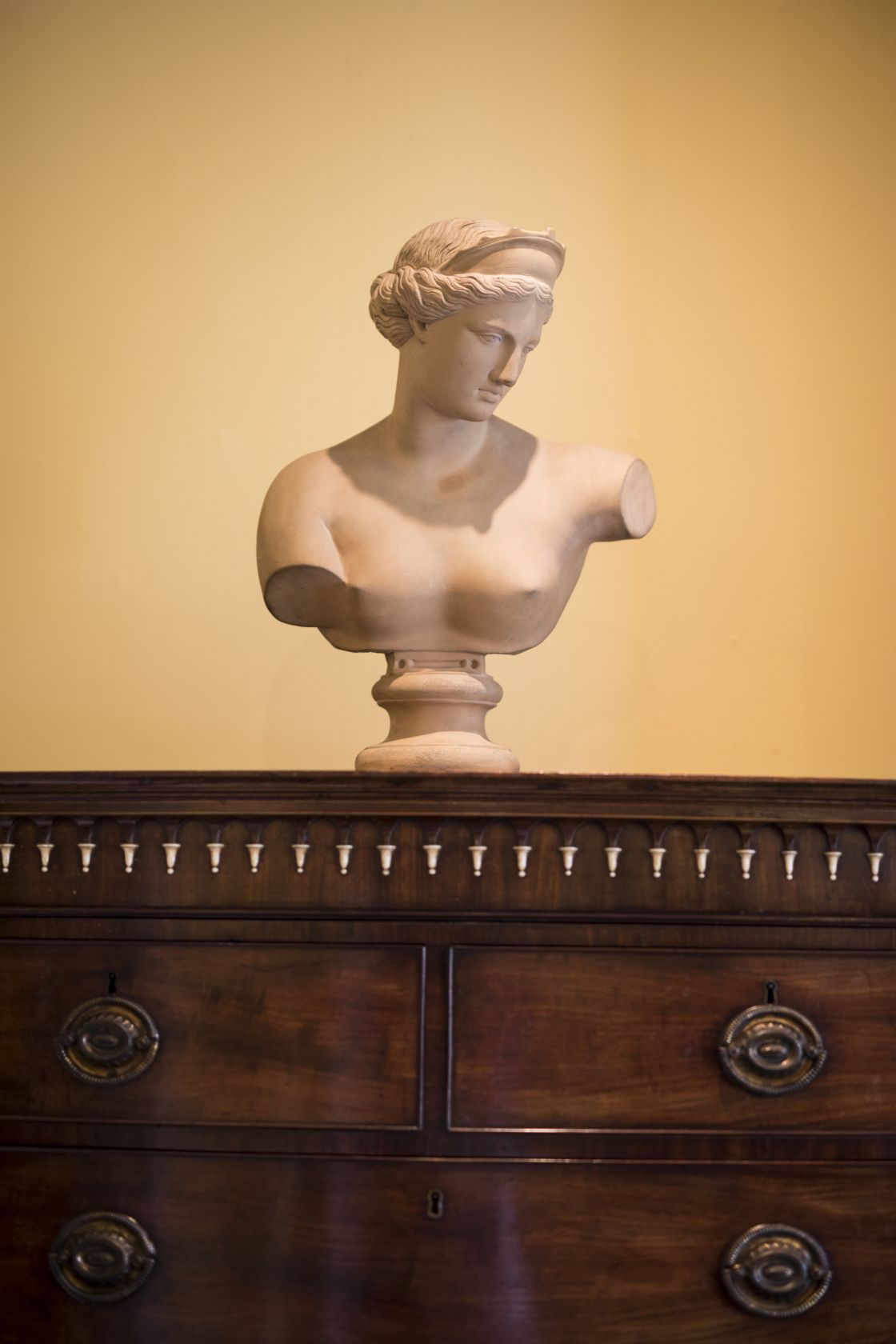 In addition to the three main exhibition-house tours, special menu tours are presented throughout the year focusing on particular areas of the Collection. Menu tours offer a further way to experience and enjoy the Collection by allowing visitors to explore hidden aspects and interior details of items in the Collection that ordinarily go unnoticed during regular tours of Fairhall.

By 'unlocking' the doors, lids and covers of objects, this specially developed tour offers visitors the opportunity to see the intriguing hidden aspects and interior details of items in Fairhall. 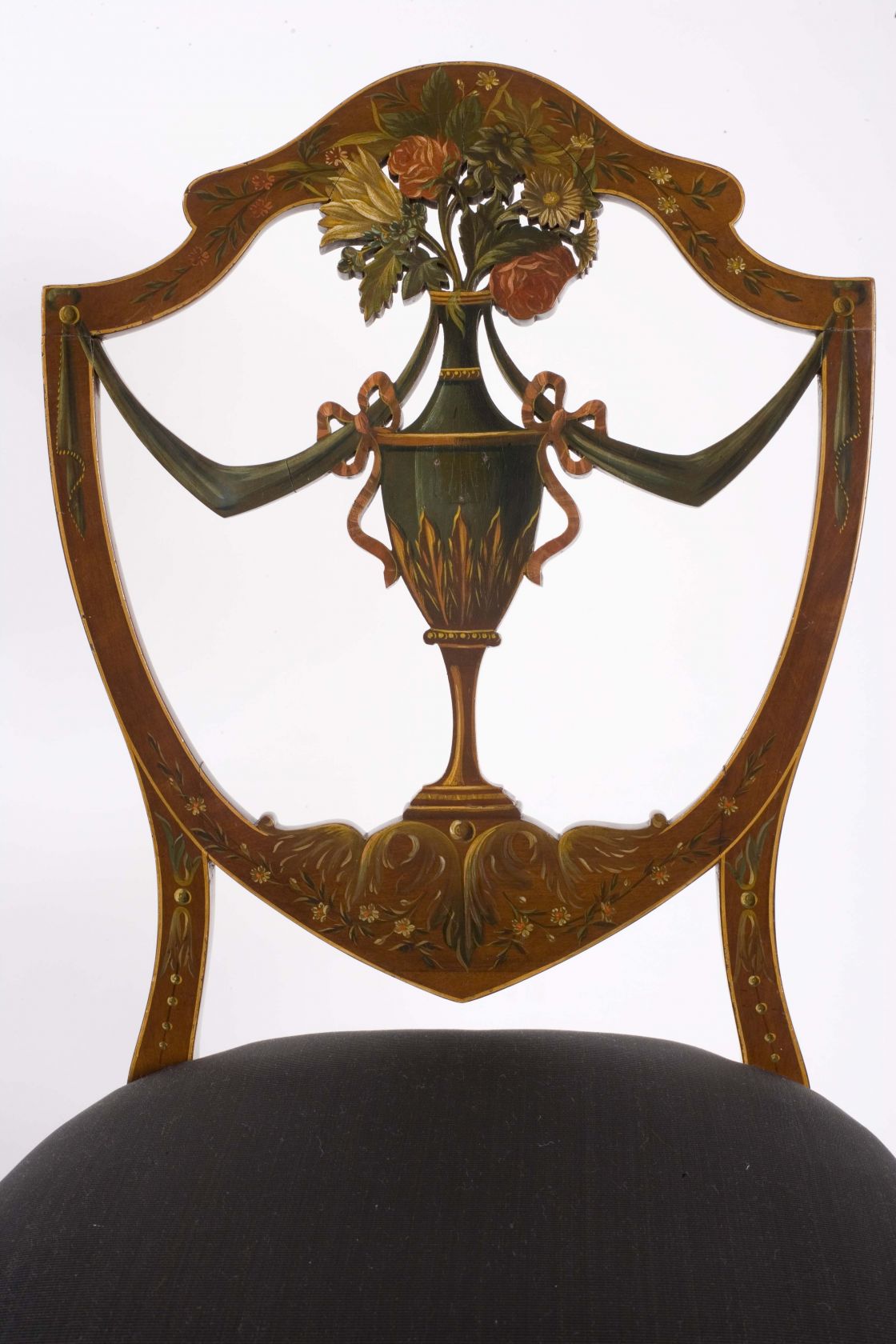 This special tour explored the social and cultural histories of botanical motifs through their representation on porcelain, printings, furniture and other decorative objects in the Collection. 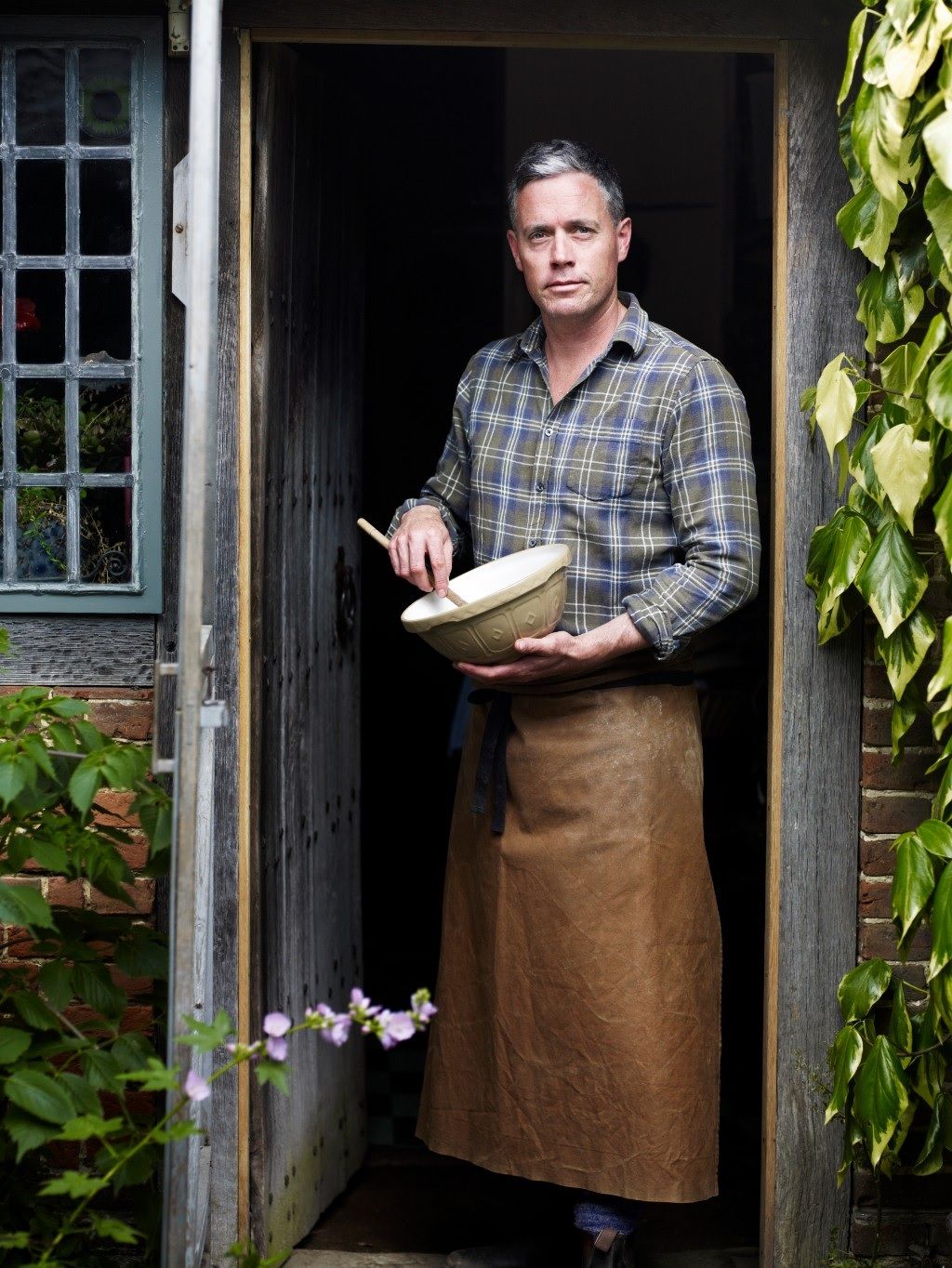 This year The Johnston Collection presented more than 40 lectures, talks, study series, and master classes featuring local and international speakers on a diverse and engaging range of topics.

See Appendix 5 for a full list of our 2018 Lectures and Study Series program.

image credit: detail of illustration from The Great Dixter Cookbook | Recipes From An English Garden Aaron Bertelsen published by Phaidon (2017) 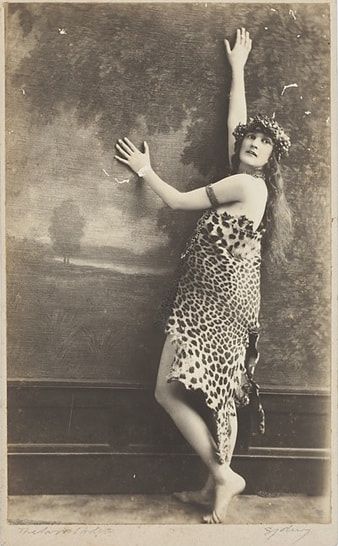 This eight-part study series explored the themes of animals and design and was developed to accompany the concurrent Fairhall exhibition, ANIMAL KINGDOM. 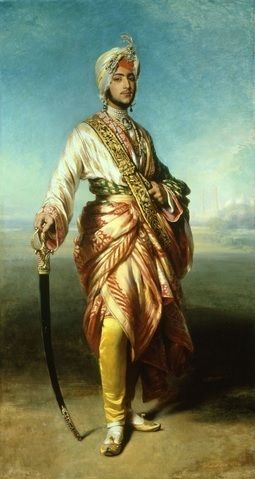 A series of four lectures presented by Oliver Everett, Librarian Emeritus of the Royal Library, Windsor Castle, UK. The series focused on British royal collectors and their collections.

image credit: Buckingham Palace, aerial view with the Queen Victoria Memorial in the foreground; the East Front; the internal quadrangle and Grand Entrance; and the garden behind 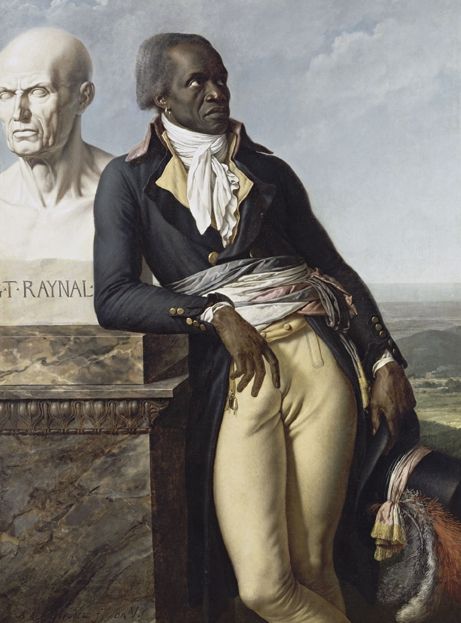 THE FRENCH REFLECT ON THE NEW WORLD 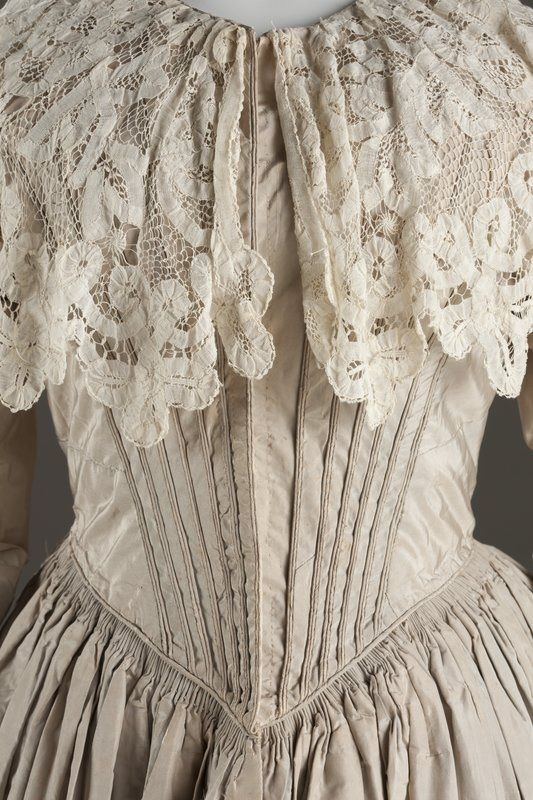 The Johnston Collection was a participant in the VAMFF Arts Program Series 2018 with a series of three lectures exploring contemporary and historical fashion. 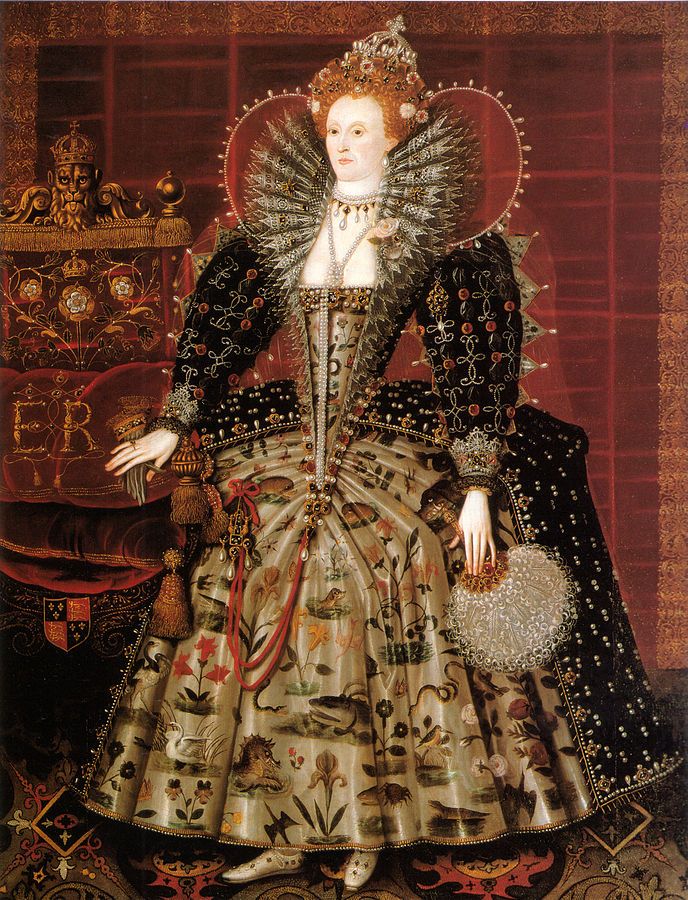 This three-part study series presented by Susan Scollay, an independent art historian specialising in Islamic art and culture and historic textiles, and Catherine Kovesi, an historian of Early Modern Italy, explored the role of luxury textiles and costume in promoting status and power during the 15th to 18th centuries. 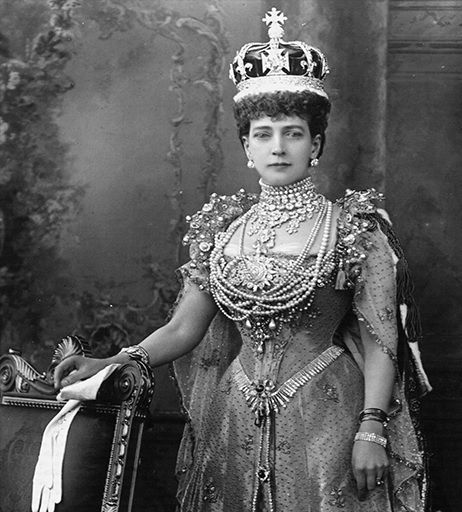 STUDY SERIES | THE ART OF INDIA

This four-part study series exploring the themes of India and the British Raj was developed to accompany the concurrent exhibition ANOTHER LOOK. 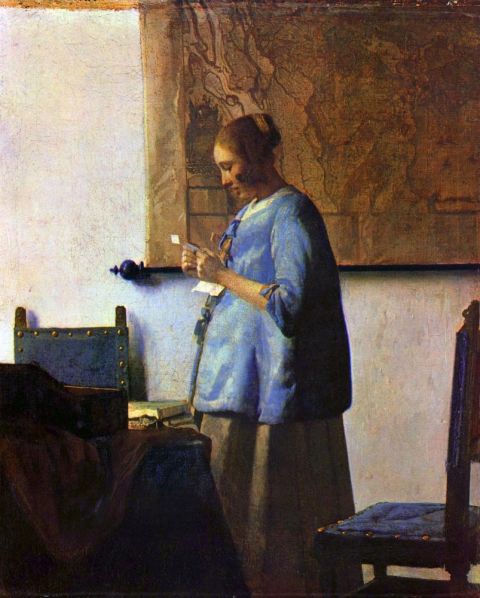 Sylvia Sagona, specialist on 19th century French society presented a three-part study series looking at how new subject matter in painting was created during times of social and political upheaval in Europe. 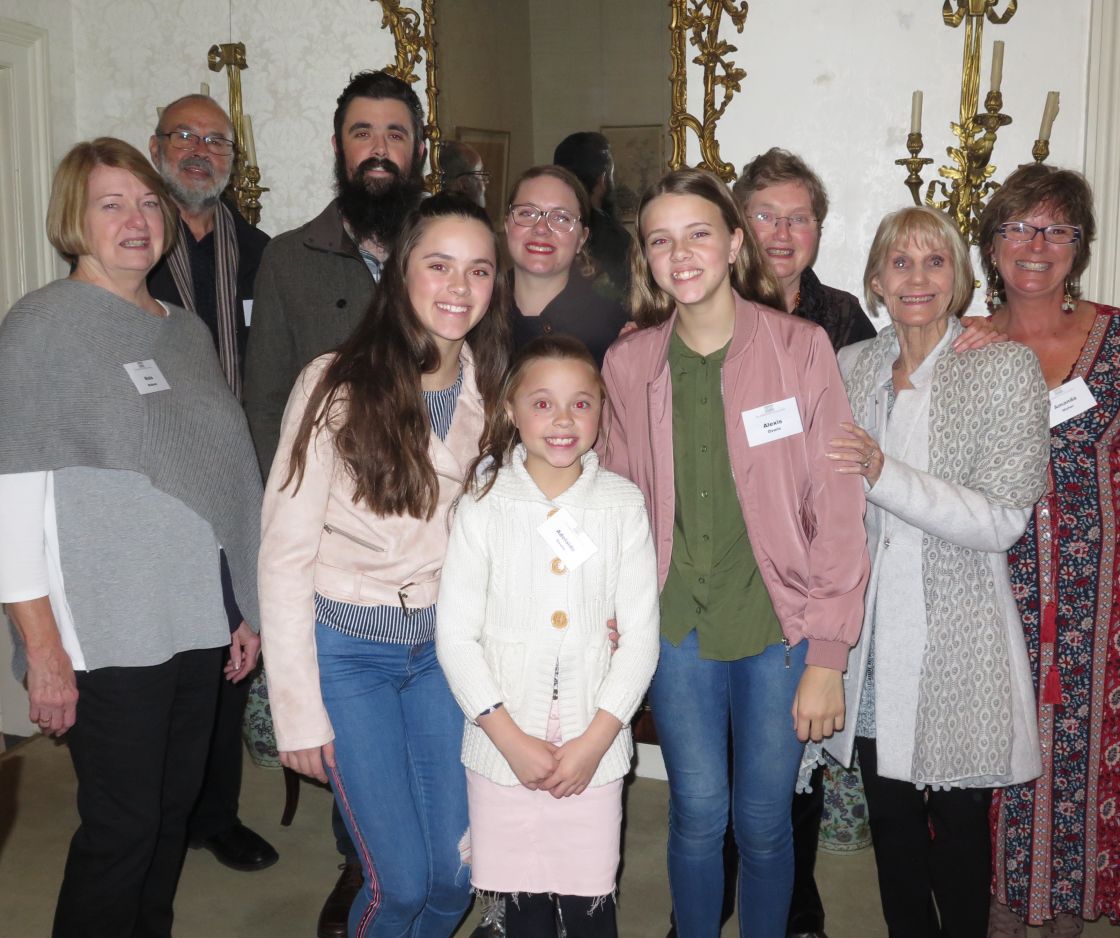 The Johnston Collection is in a residential area and operates within the terms set out in its City of Melbourne planning permit which stipulates that the museum can have no more than 72 visitors through Fairhall exhibition-house and 33 people attending a lecture in the Kent Room per day.

This year The Johnston Collection welcomed 4,851 visitors. Of these, 3,817 visited Fairhall exhibition-house and 1034 attended lectures, study series and master classes usually held in the Kent Room. [See Appendix 2] Attendance at our lectures increased by more than 4% but visitors to our exhibitions this year were 17% lower than the previous year resulting in total visitor numbers being down 13% overall in 2018.

The Johnson Collection is a wonderful experience. 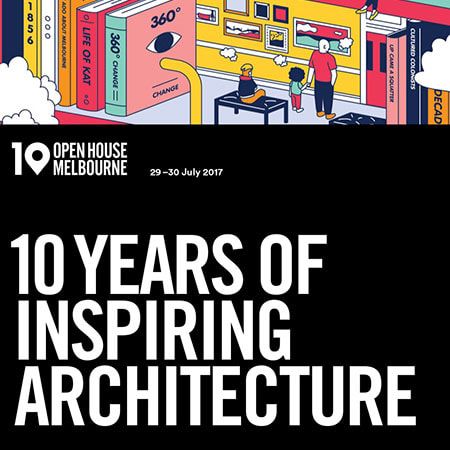 ENGAGING WITH THE COMMUNITY

The Johnston Collection participates in a number of major Melbourne events  throughout the year offering programmatic collaborations aimed at strengthening our ties and connections with local Melbourne communities, and providing additional opportunities for everyone to enjoy the Collection. 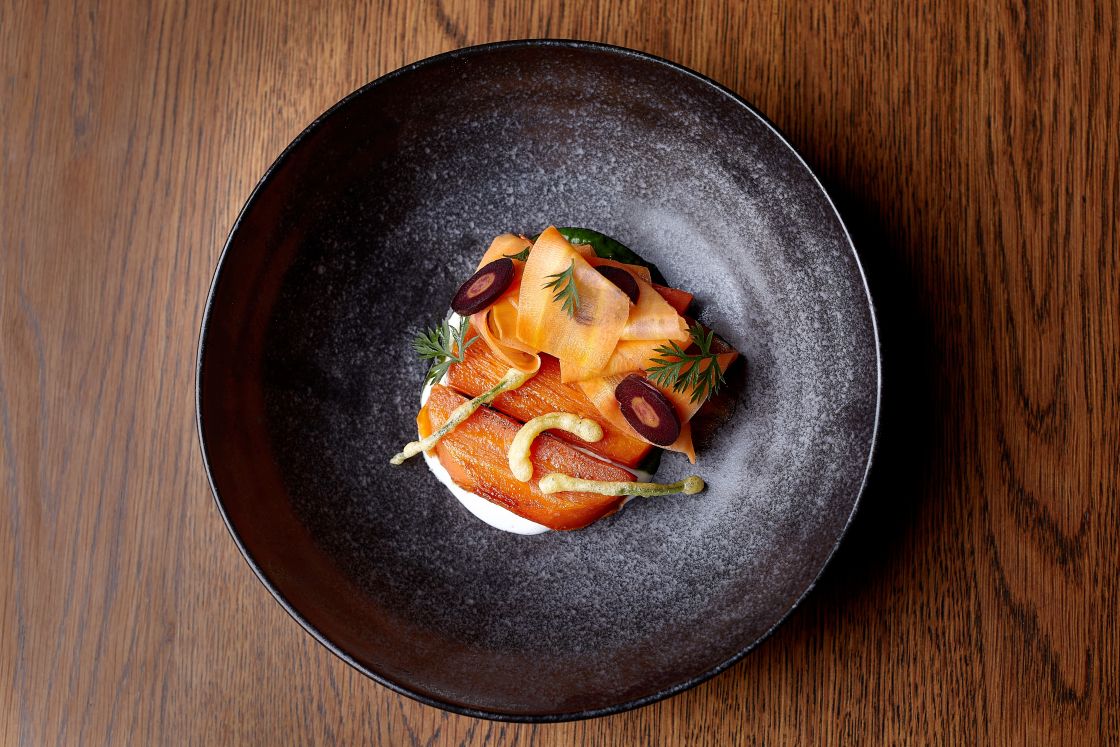 “Thank you so much for the fabulous food and enjoyable tour last night. It was a wonderful way to introduce my daughter … to The Johnston Collection.” 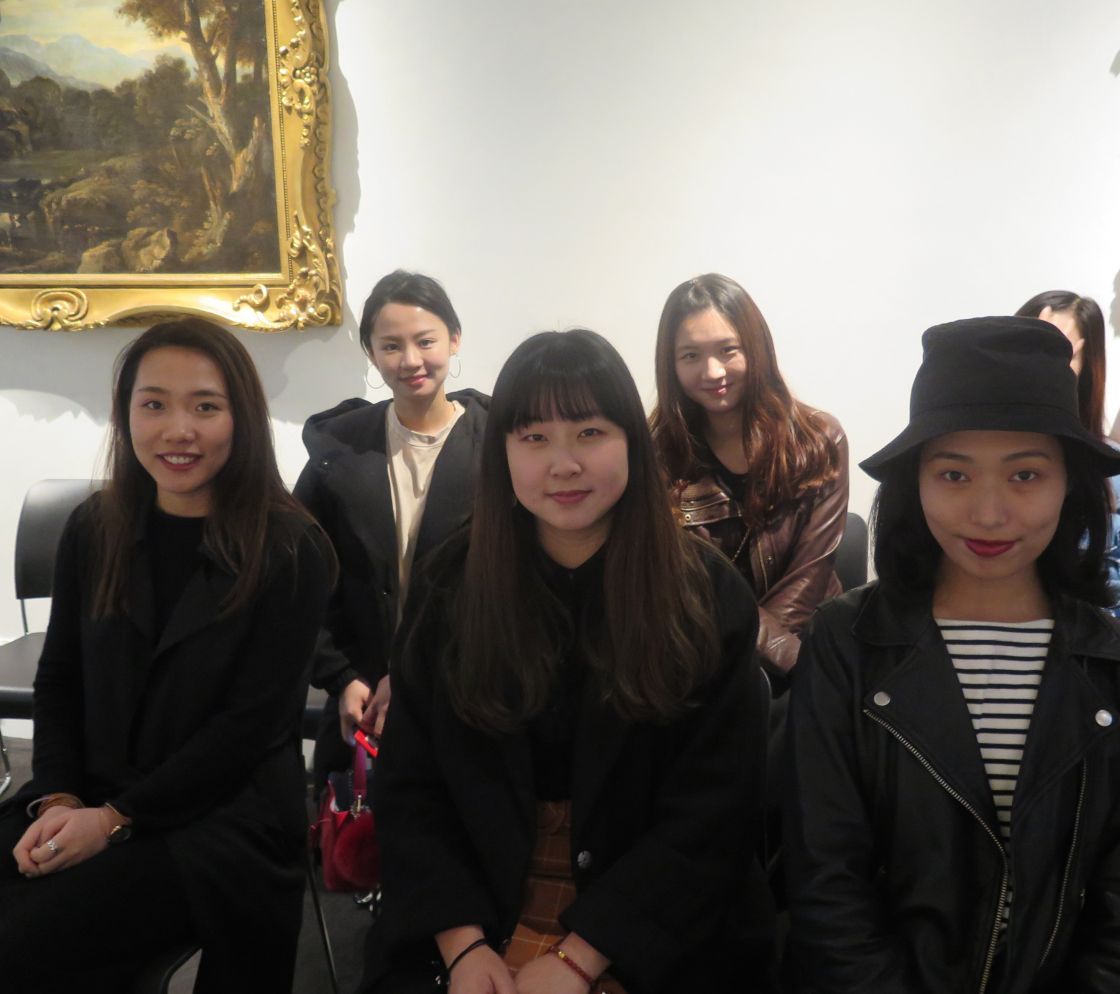 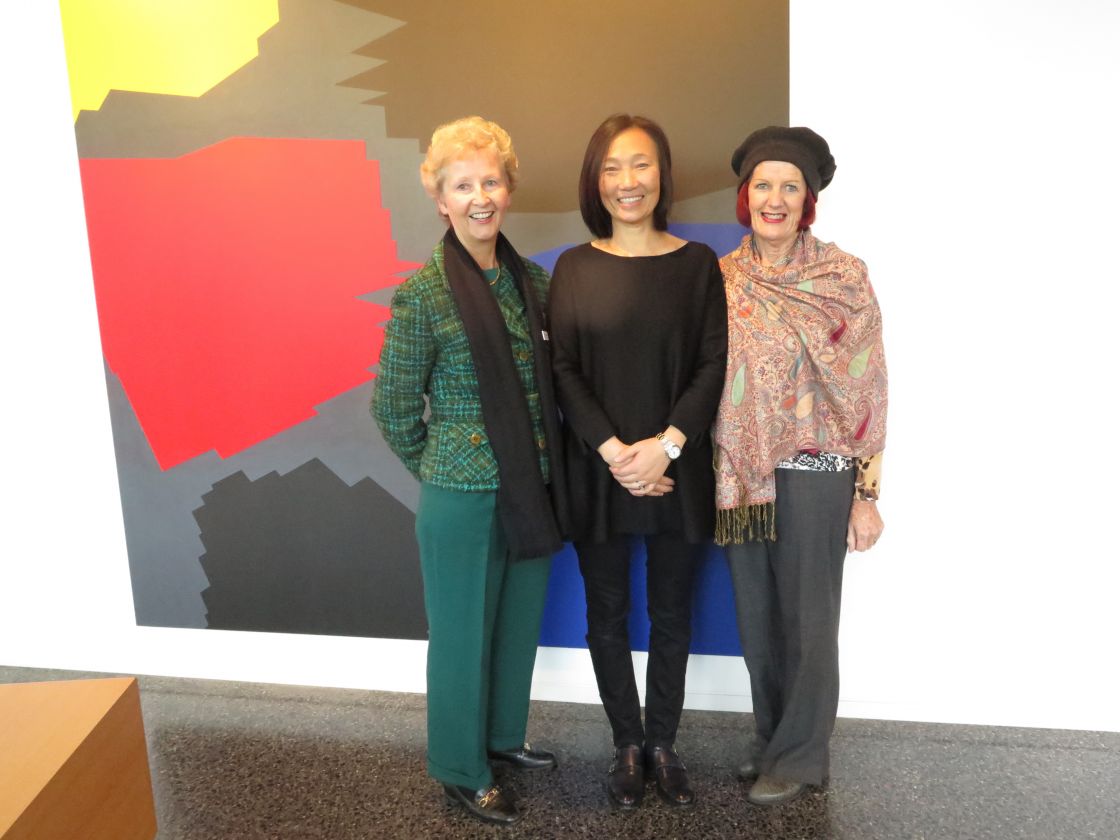 THE FRIENDS OF THE JOHNSTON COLLECTION EVENTS 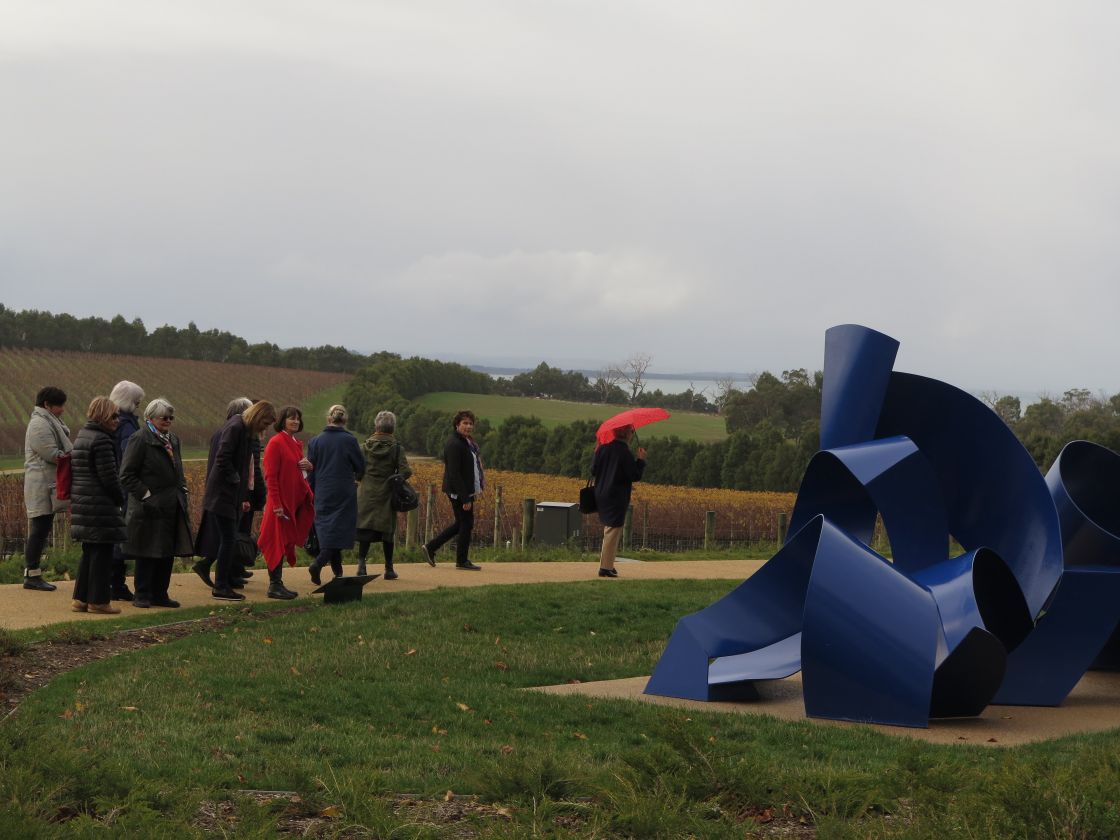 A variety of events were organised for TJC volunteers throughout the year in recognition of the invaluable support they provide to the museum.

VOLUNTEER GUIDE TRAINING DAYS
Training days enable volunteer guides to learn about and practise their presentations for each new exhibition. This year Guide Training Days were held on 28 September 2017 for FEAST | Christmas at The Johnston Collection 2017/2018; on 8 February 2018 for ANOTHER LOOK | William Johnston; and on 31 May 2018 for PATTERNS OF COLLECTING | From the Bower.

VOLUNTEER INFORMATION SHARING DAYS
Information Sharing Days for all volunteers including Trustees, Ambassadors, The Friends of The Johnston Collection Committee, Volunteer Guides, Volunteers and staff were held on 20 September 2017 and 15 March 2018. 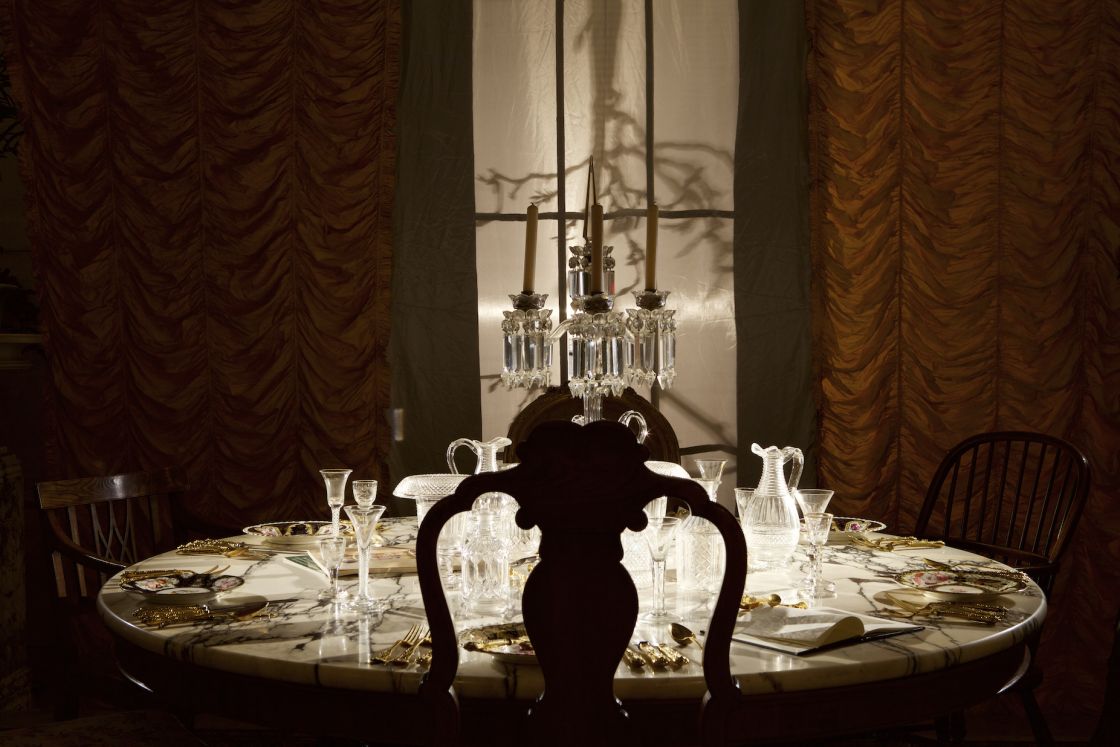 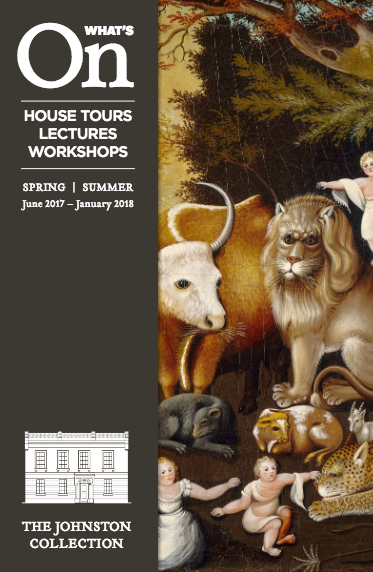 This year The Johnston Collection produced more than 30 publications, videos, catalogues and essays. These included: 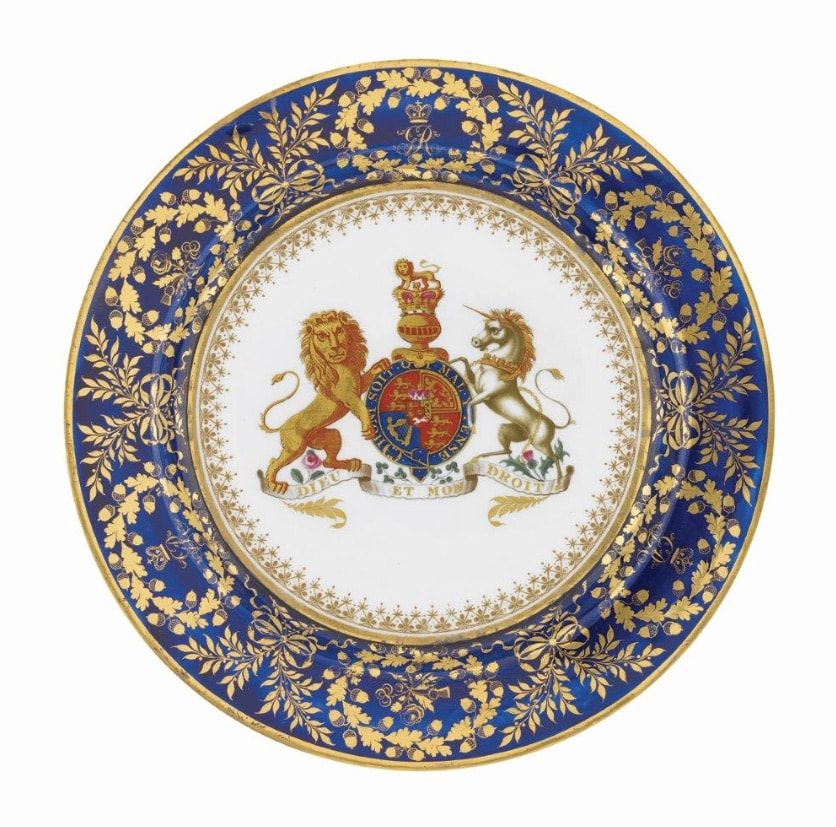 This year The Johnston Collection Shop had a profit increase of 7.8% over the previous year, with shop sales contribution to overall revenue rising from 3% last year (2017) to 5% in 2018. 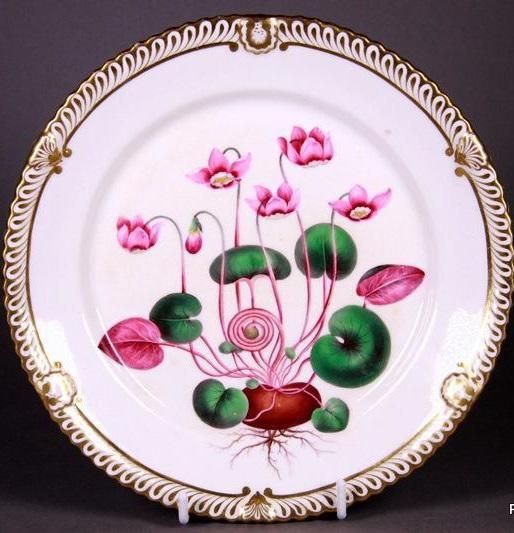 The Johnston Collection Ambassador, Andrew Dixon, generously provided funds for the purchase of eight items, including exemplary examples of 18th and early 19th century porcelain from both the Coalport and Worcester porcelain factories; Bill and Deirdre Brown generously gifted two 19th century French earthenware cat figures in the style of Émile Gallé; and interest accrued on The Nina Stanton Bequest enabled the purchase of nine items including the 18th century Bow porcelain set of figures, (set of the Four Seasons consisting of Spring; Autumn; Summer; Winter), England, circa 1748-1776.