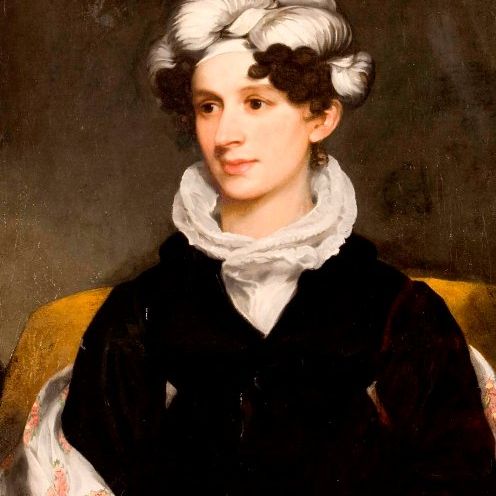 At the turn of the 19th century fashionable European women began to wear luxurious cashmere shawls imported from Mughal India. These prestigious and exotic garments became so popular that local manufacturers in France and England began to make imitation Indian shawls in an effort to meet growing demand. By the 1820s women from all walks of life were wearing some version of the shawl in the Indian style and fashionable women in British India were no exception. They became part of a curious design phenomenon whereby many original Indian patterns were modified to suit European taste and  were subsequently worn and used in the home by British residents of India in ways quite removed from their Kashmir origins.

SUSAN SCOLLAY is an independent art historian and curator specialising in Islamic art and culture and in historic textiles. She is a contributing editor to HALI, the prestigious, London-based journal of carpet, textile and Islamic art. Susan was guest curator of Fluid Borders: Ways of Seeing Oriental Rugs held at The Johnston Collection in 2010. Her recent curated exhibition, Love and Devotion: From Persia and Beyond was shown at the State Library of Victoria and the Bodleian Library, University of Oxford in 2012-13. She was recently elected as a Fellow of the Royal Asiatic Society, London.