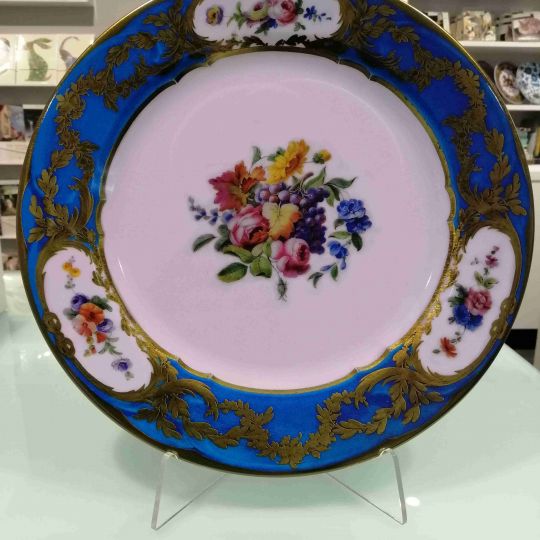 This plate is from a Sevres service given as a diplomatic gift by King Louis XVI of France to the Duchess of Manchester, the wife of the British Ambassador to the court of Versailles. The occasion was the signature of the Treaty of Versailles which brought an end to the War of American Independence. The service was acquired by King George IV in 1802. WEIGHT: 0.138KG