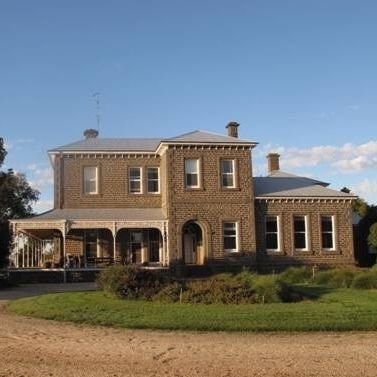 Nineteenth-century Scottish 'pastoralists' in Western Victoria were responsible for one of the most extraordinary episodes in Australian architectural history, the 'Western District homestead', which has almost legendary status in Victoria.

In a relatively short space of time, from the 1840s to the 1880s, they commissioned hundreds of homesteads, station outbuildings and associated structures to house their burgeoning enterprises. Through these settlements they produced a tight network of family, community and business interests extending from one end of the District to the other and they transformed themselves from economic adventurers into a powerful social and political elite.

In the following broad survey of the Scottish contribution to Victoria's early architectural history attention will be paid to the Scots as both clients and architects, while first setting the social and economic context of this extraordinary output.

HARRIET EDQUIST is professor of Architectural History in the School of Architecture and Design at RMIT University. She has published extensively on Australian architecture, art and design, with a particular focus on the twentieth century, and has pioneered studies on émigré architects in Melbourne and the Australian Arts and Crafts movement. Her books include The Culture of Landscape Architecture (1994); Frederick Romberg: The Architecture of Migration 1938–1975 (2000); Harold Desbrowe-Annear: A Life in Architecture (2004); Pioneers of Modernism: The Arts and Crafts Movement in Australia (2008) and George Baldessin: Paradox and Persuasion (2009). She curated, with David Hurlston, Shifting gear: Design, Innovation and the Australian Car at the NGV in 2015.